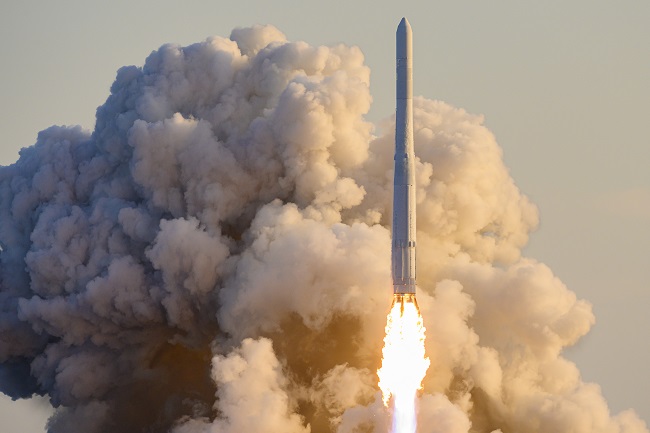 JEJU, Oct. 27 (Korea Bizwire) — Following the launch of South Korea’s first homegrown space rocket Nuri, another challenge for space will be made on Jeju Island.

Jeju’s provincial government said Tuesday that the Korea Advanced Institute of Science and Technology (KAIST) will test the launch of a science observation rocket in Hangyeong-myeon township on the island to commemorate its 50th anniversary by the end of this year.

The test is aimed at tracing the trajectory flight of a small liquid-propelled rocket with a length of 3 meters and a diameter of 20 centimeters.

Hankyeong-myeon is an ideal site for rocket launches since it is located outside the airspace of private airports and military bases.

If the test ends in a success, the provincial government expects the foundation for the private space development industry to be established in Jeju.

In addition, the Ministry of Science and ICT and the Korea Aerospace Research Institute are jointly establishing a national satellite operation center in Gujwa-eup on the island.

The center, slated to open in September 2022, will serve as a special facility for the integrated management and operation of domestic satellites.