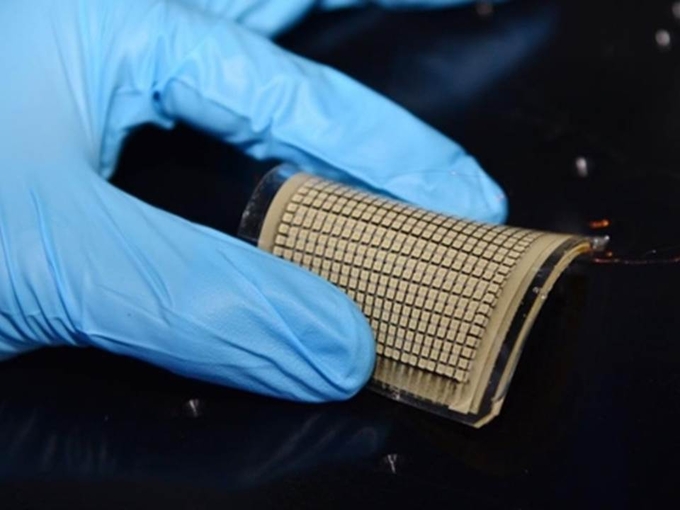 This image provided by the Korea Institute of Science and Technology shows its newly-developed elastic thermoelectric element.

SEOUL, Dec. 3 (Korea Bizwire) — A South Korean research team has developed an ‘energy harvesting’ technology that is capable of converting body heat into electricity via a thermoelectric device.

A joint research team from the Korea Institute of Science and Technology and Seoul National University said Tuesday it had developed a new elastic thermoelectric element that features high power generation performance by maximizing the element’s elasticity and heat transmission efficiency.

In recent days, numerous research reports have been published with respect to elastic thermoelectric elements that can convert waste heat from various types of sources into electric energy.

If such elastic thermoelectric elements are attached to human skin, they can power wearable devices without the need for batteries simply by using body heat.

However, the elastic substrate that has typically been used in existing elastic thermoelectric elements has a very low heat conductivity rate, making it difficult to efficiently transmit the heat energy into the element.

Another problem is that the level of elasticity is low since it uses metal electrodes that are solid and relatively thick.