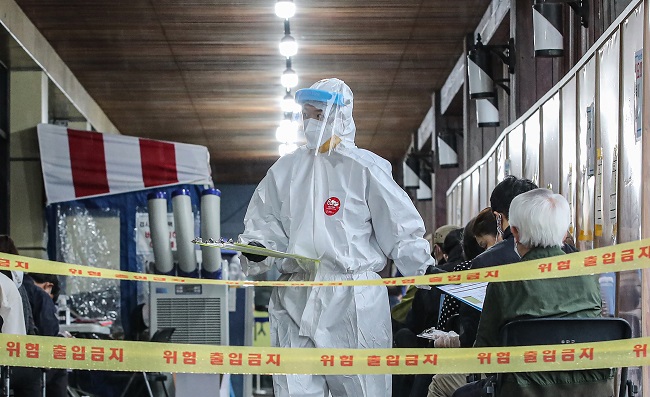 The daily caseload stood at 629 cases the previous day after reporting a nearly two-week high of 707 on Wednesday.

There were three additional virus deaths, raising the total to 1,946. The fatality rate came to 1.4 percent.

Amid sporadic cluster infections nationwide, daily caseloads have been stuck in a tight range since late March with no significant signs of a letup, going through some ups and downs between the 400s and 700s.

Later in the day, health authorities and local governments reported 493 new cases as of 9 p.m., down 65 from the same time the previous day.

Of the total, 349 new cases were identified in the greater Seoul area, with 144 reported in other areas.

A hotel bar in Daegu, 302 kilometers south of Seoul, has reported 207 infections since mid-May. Another group of 34 patients were traced to a bar in South Gyeongsang Province. 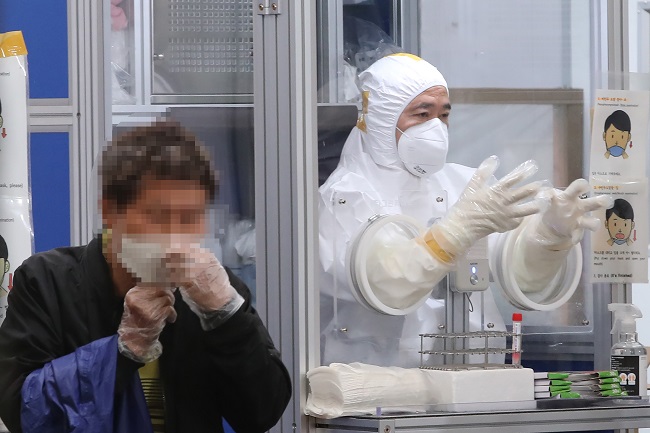 The country has inoculated 10.1 percent of its 52 million population as it is revving up its inoculation program to achieve herd immunity by November.

An accumulated 5.2 million people had been administered with their first shots as of 5 p.m., the KDCA said.

The country, which launched its vaccine rollout on Feb. 26, aims to vaccinate 13 million people by the end of June.

South Korea plans to allow people who have received their first jabs to take their masks off outdoors starting in July as its first step to normalize people’s everyday lives.

The KDCA said its study carried out from January to April on 2,248 South Koreans showed that only 0.27 percent of people had developed antibodies against COVID-19.

Of the locally transmitted cases, 212 came from Seoul and 146 from the surrounding Gyeonggi Province.

Of the imported cases, the Philippines accounted for five, followed by India and the United States with three each.

The number of patients in serious or critical condition came to 156, up two from the previous day.

Over the past two weeks, around 27 percent of the newly added patients had unknown transmission routes. Cluster infections accounted for 23 percent as well.

The total number of people released from quarantine after making full recoveries was 128,761, up 581 from a day earlier. Around 92.7 percent of the patients reported here were cured.