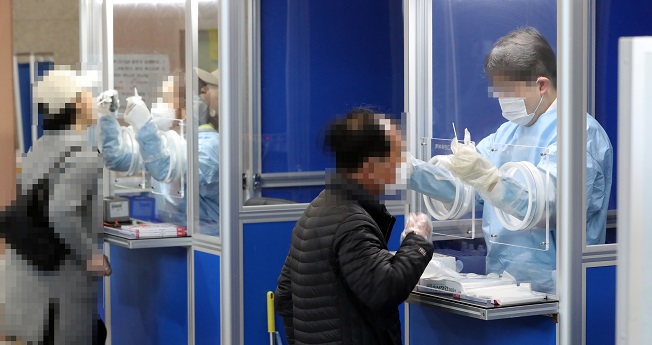 The country added 155 more COVID-19 cases, including 138 domestic infections, raising the total caseload to 25,698, according to the Korea Disease Control and Prevention Agency (KDCA).

New virus cases stayed above 100 for the second straight day and marked the highest since Sept. 11 when the number of daily virus infections hit 176.

The number of daily local infections also was the largest since Sept. 17 when the figure reached 145.

The uptick in daily new virus cases was largely attributable to continued cluster infections at hospitals and facilities for the elderly, deemed vulnerable to COVID-19.

The country’s new virus infections have been on a downward trend after a flare-up in the number of daily COVID-19 cases for over a month that began in mid-August.

Compared with mid-August and early September when the tally rose by triple digits, the country has largely managed to slow the spread of the virus on the back of tougher social distancing measures.

Last week, the country relaxed its social distancing scheme to the lowest level in its three-tier system, after applying Level 2 measures across the nation since late August.

Under Level 1 measures, citizens are permitted to normalize most of their daily routines, with some infection prevention steps in place.

Even risk-prone facilities, including clubs and bars, are allowed to operate after monthslong suspension as long as they keep entry logs and follow sanitary measures.

But continued rises in sporadic cluster infections at facilities for senior citizens have become the biggest hurdle in the country’s virus fight.

“We should not let down our guard as the latest uptick in virus cases came amid the downward trend of new infections,” Yoon Tae-ho, a senior health ministry official, said in a press briefing.

Cases traced to a nursing home in Namyangju, northeast of Seoul, reached 35 as of noon, up 34 from the previous day. The facility was put under cohort isolation.

Infections linked to a cargo terminal at Incheon International Airport, west of Seoul, came to 11, up 10 over the past 24 hours. 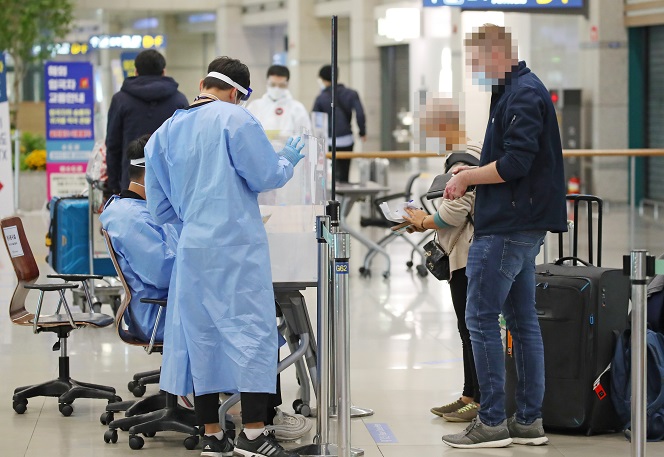 Of the newly identified local infections, 19 cases were reported in Seoul, 98 cases in Gyeonggi Province that surrounds the capital and four cases in Incheon, west of Seoul. The greater Seoul area is home to around half of the nation’s 51.6 million population.

The KDCA has warned that a resurgence in virus cases can happen anytime with sporadic outbreaks.

Health authorities also remain on alert over the possibility that the coronavirus outbreak and a seasonal flu could be in full swing together in the winter.

The country, meanwhile, added 17 imported cases, bringing the total to 3,616. Six cases came from the United States, followed by two each from Bangladesh, Nepal, Kuwait and France.

The number of seriously or critically ill COVID-19 patients came to 62 as of midnight, unchanged from the previous day.

The total number of people released from quarantine after making full recoveries stood at 23,717, up 70 from the previous day.