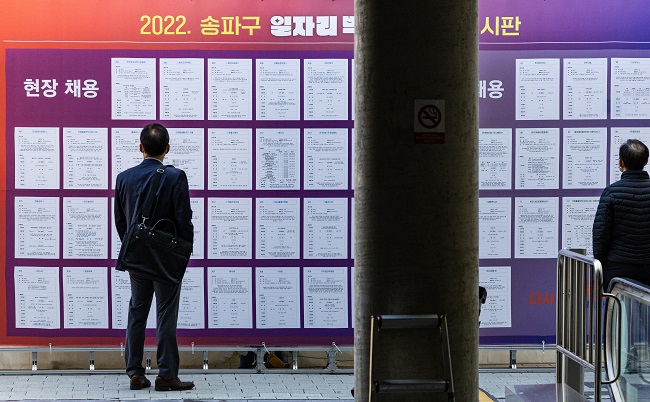 SEJONG, Oct. 25 (Korea Bizwire) — The proportion of temporary workers in South Korea fell below 38 percent of all salaried workers in August, data showed Tuesday, as the country gradually returns to pre-pandemic normalcy.

Non-regular workers, including part-timers and outsourced laborers, took up 37.5 percent of the country’s 21.72 million salaried workers, compared with 38.4 percent tallied a year earlier, according to Statistics Korea.

The total number of non-regular workers came to 8.15 million as of August, up 90,000, or 1.1 percent from the previous year, led by employees aged 60 and above.

By industry, the number of non-regular jobs increased in accommodations, restaurants, social welfare, and manufacturing sectors, while those in the construction and agricultural sectors lost ground.

Of the non-regular workers, 3.65 million, or 44.7 percent, were men, while women accounted for 4.5 million, the data showed.

The average monthly salary for temporary workers was 1.88 million won (US$1,305) between June and August, up 112,000 won from a year earlier, compared to 3.48 million won for regular workers.

South Korea added jobs for the 19th straight month in September, but the growth slowed for the fourth month in a row amid concerns over a recession.