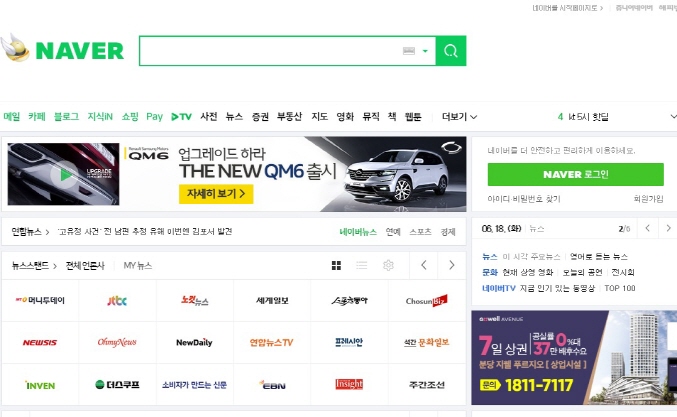 Access to Naver was partially shut down on June 4 in China, the day that marked the 30th year of the Tiananmen Square protests. (image: Korea Bizwire)

The reasons behind the recovered access are currently unknown.

By noon, they gained full access to Naver news, dictionary, and search.

Access to Naver was partially shut down on June 4, the day that marked the 30th year of the Tiananmen Square protests, before shutting down fully last Thursday.

“The Chinese government may have temporarily allowed access to Naver for server maintenance purposes, or adhered to the criticism that its online censorship activities are just too much,” said local experts.

Unlike Naver, another major South Korean search portal, Daum, remains banned from the Chinese network since it was first shut down last January.

Beijing has been bolstering online censorship following the 30th anniversary of the Tiananmen Square protests and the Hong Kong anti-extradition bill protests where more than 1 million protesters have gathered.

The South Korean government, in response, requested explanations and corrective measures from China.