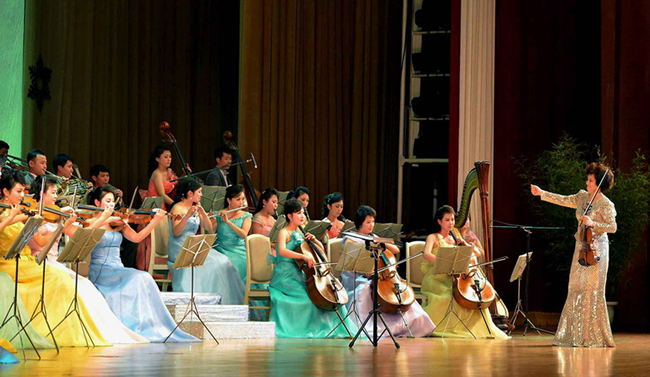 It’s the first time members of North Korea’s art troupe will perform in South Korea in over 15 years, since the unification meeting held in August 2002. (Image: Yonhap)

SEOUL, Jan. 16 (Korea Bizwire) — Pyongyang will send a 140-strong orchestra to South Korea to perform in celebration of the PyeongChang Winter Olympics next month.

The two Koreas agreed during the talks at the border village of Panmunjom on Monday that the North Korean orchestra known as Samjiyon Band will hold concerts both in Seoul and Gangneung next month, the unification ministry said.

It’s the first time members of North Korea’s art troupe will perform in South Korea in over 15 years, since the unification meeting held in August 2002.

In a rare move, the art delegation is set to walk across the politically charged border at Panmunjom by foot, officials said on Tuesday.

Boasting 140 members, it’s also the largest North Korean orchestra to perform in South Korea to date, surpassing a joint concert back in 2000 with the State Symphony Orchestra of DPRK consisting of 132 members.

“It’s understood an orchestra consisting of around 140 people will come. An art troupe of this scale has never been dispatched,” a unification ministry official said.

The agreement is the latest development in the joint efforts by the two Koreas to promote peace at the upcoming Winter Olympics.

“The government is poised to provide support for the PyeongChang Winter Olympic-inspired concerts by the North Korean art troupe, which could improve the relations between the North and South and close the cultural gap between the two countries,” the unification ministry said.

North Korea’s art troupe has staged performances in South Korea on a total of six occasions so far, all of which took place in Seoul. 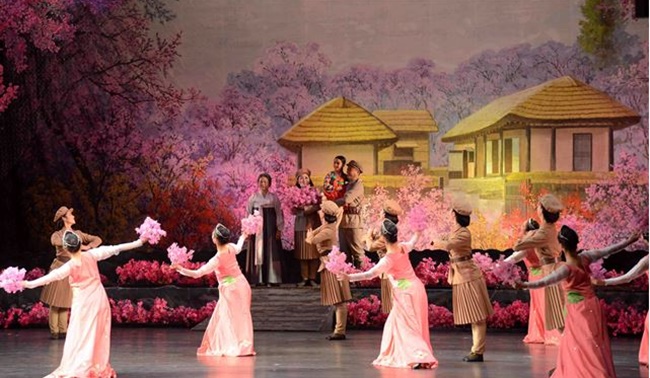 Pyongyang will send a 140-strong orchestra to South Korea to perform in celebration of the PyeongChang Winter Olympics. (Image: Yonhap)

In 1985, the North Korean government agreed to send an art troupe consisting of 50 members during the very first reunion of separated family members organized by the both countries.

The prospects for cultural exchanges of this kind in the recent past were limited, as art performances staged by North Korean artists hadn’t taken place in South Korea since 2002, until working-level talks between the two states began in recent weeks.

The two sides are set to discuss practical matters for the North Korean performers such as such as their itinerary and accommodations in the upcoming weeks.