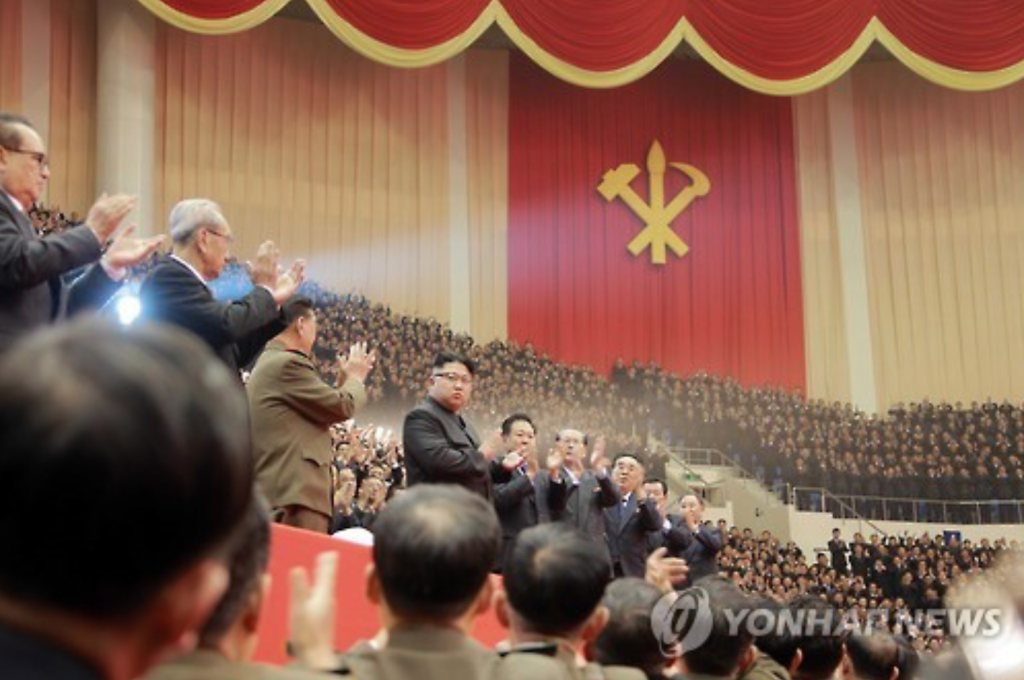 The show was arranged for the participants of the conference of chairpersons of ruling party primary committees, and, according to sources, it was the first time that Kim appeared at one of the band’s performances in 14 months, since October 2015.

The Moranbong Band was formed in 2012 by Kim Jong-un himself, serving as a medium to promote the country’s political agenda, with members often performing songs in praise of Kim. The group has performed on at least a dozen occasions since its debut, most, if not all of which were state events.

On December 2015, the band was sent to Beijing for its first overseas performance to improve North Korea-China relations, but to no avail. The show was called off hours before it was scheduled to take place, and the band returned to Pyongyang due to “communications issues” between the two countries. 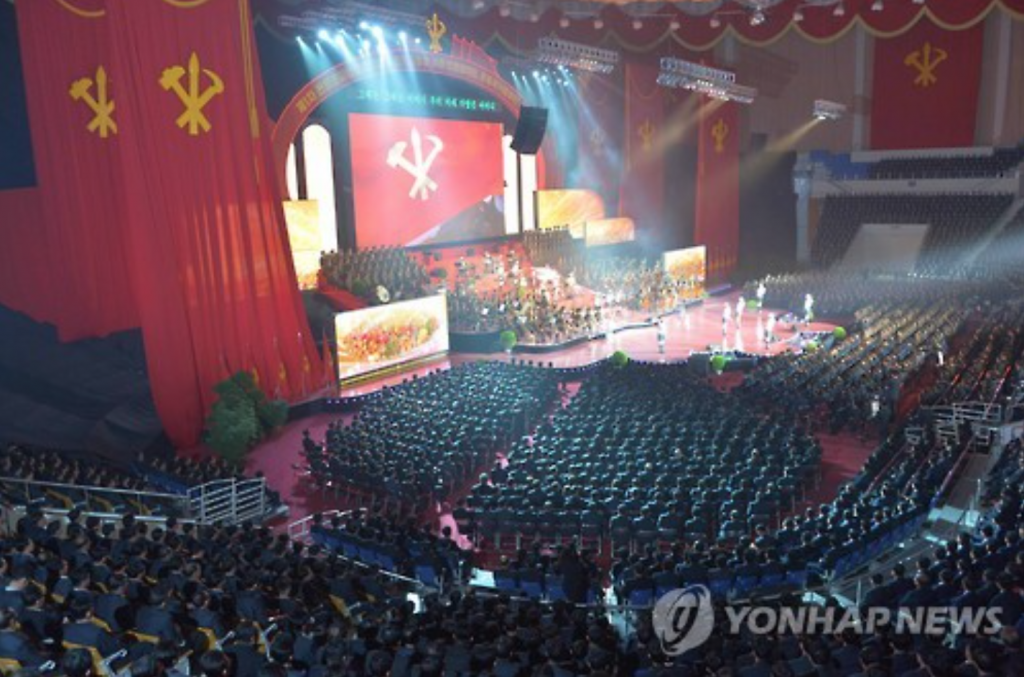 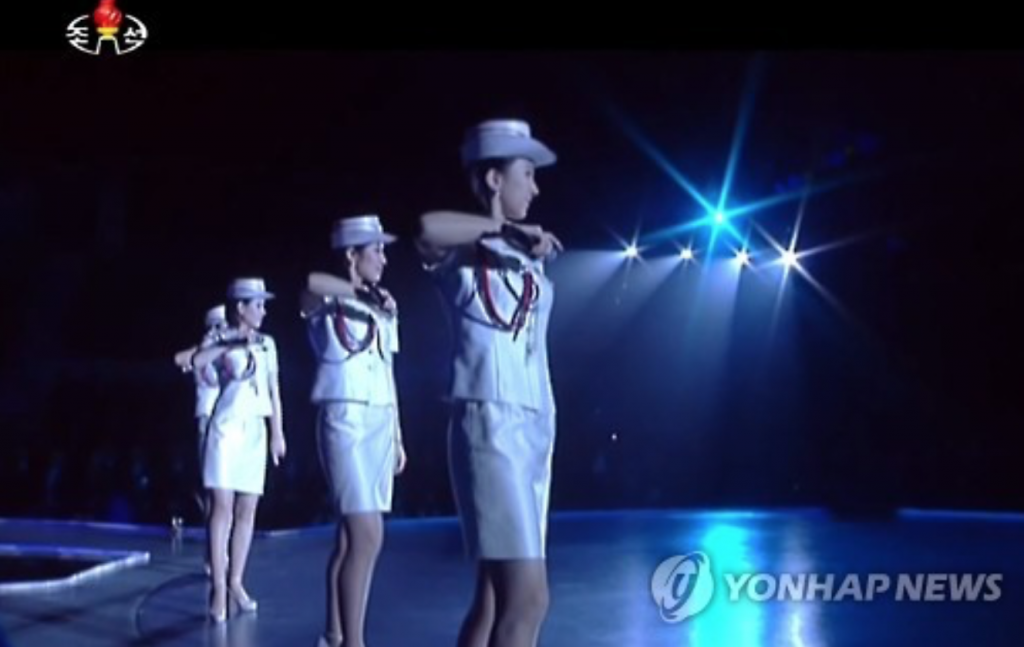 Moranbong Band performance broadcasted on KCTV on May 14, 2016. 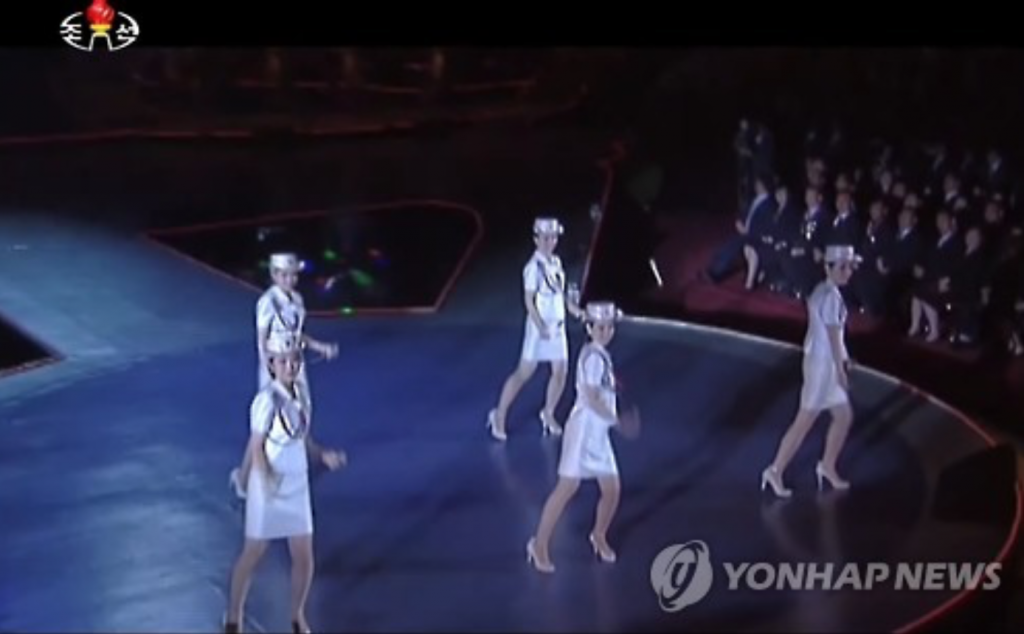