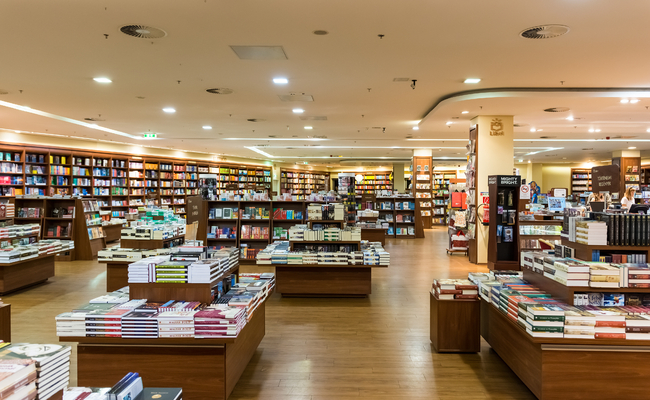 On bestseller lists from both Kyobo Book Centre (Kyobo) and Yes24 disclosed on December 4, the top three spots (on both lists) were books that had been “slow starters”, as in sales began to pick up months after their publication. (Image: Korea Bizwire)

SEOUL, Dec. 4 (Korea Bizwire) – Novels were a popular selection among readers this year, while interest in politics and feminism were reflected in book sales as well.

On bestseller lists from both Kyobo Book Centre (Kyobo) and Yes24 disclosed on December 4, the top three spots were taken by books that had been so-called “slow starters”, as in sales began to pick up months after their publication.

Occupying the number one spot was “The Temperature of Language” by Lee Ki-joo. Published last August, the book began to climb the bestsellers list this year, successfully fending off challengers to maintain its number one ranking. Second place was held by “Ji-young Kim: Born in 1982”, published in October last year but only garnering attention this April. And third-placed “Lessons on Self-Esteem” followed the same pattern to bestselling prominence.

Novels are experiencing a heyday, as Kyobo Book Centre’s sales records revealed that novels constituted the largest proportion of books sold at the book retail chain. Revenue generated from sales of novels increased by 13.9 percent compared to last year, while at 10.1 percent of all books sold, novels reached the highest share of the total in the last decade.

On the list of 100 bestsellers provided by Kyobo, 25 were novels.

Occupying the number one spot was “The Temperature of Language” by Lee Ki-joo. (Image: Yonhap)

A spokesperson for the company pointed out that interest in Korean novels has been on the upswing since last year, while sales of Japanese novels have set records this year.

The tumultuous political climate of 2017 was reflected in higher sales of the normally slow-moving politics/society section of the bookstore. Kyobo reported a 21.5 percent jump in books sold and a 14.5 percent increase in sales revenues from last year. Yes24 likewise enjoyed improved success in the same subject matter, selling 31.6 percent more books than 2016. Books on social and political criticism were especially popular, with customers buying a whopping 68.6 percent more from Yes24 compared to last year.

The tumultuous political climate was reflected in higher sales of the normally slow-moving politics/society section of the bookstore. (Image: Yonhap)

The popularity of books on feminism continued to build on momentum from last year. Sales doubled to 41,000 this year from the 20,000 sold in 2016, according to Kyobo.