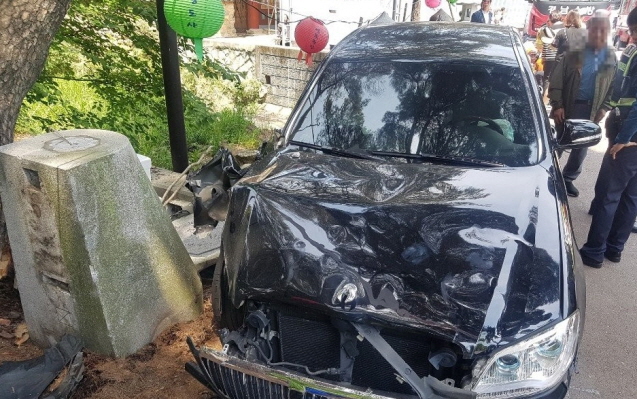 One person died and 12 were injured after a sedan driven by a 75-year-old man sped toward a crowd at the entrance to Tongdosa Temple in Yangsan, South Gyeongsang Province, on May 12, 2019. (Yonhap)

Rep. Han Sun-kyo of the main opposition Liberty Korea Party said on Monday that there were 30,000 car accidents caused by senior drivers last year, up 48 percent since 2014.