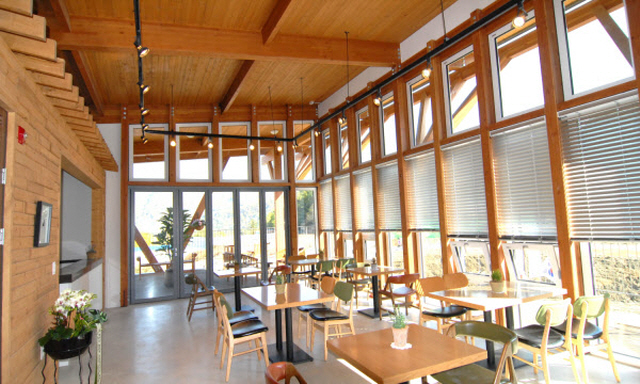 Phytoncides, which are emitted from dry wood, were found to be more prevalent in indoor environments in the summer. (image: Dream Site Korea Corp.)

SEOUL, Aug. 21 (Korea Bizwire) — As the use of eco-friendly wood in timber houses and interior designs has increased recently, attention is being paid as to whether phytoncides are being emitted from the processed wood.

The Korea Forest Research Institute (KFRI), an affiliated organization of with the Korea Forest Service, analyzed volatile substances that are emitted immediately after wood is dried and transformed into lumber.

The results confirmed that phytoncide components, such as monoterpene and sesquiterpene, accounted for 85 percent of the total emissions.

The research was conducted by refining pine trees in Gyeonggi and South Gyeongsang Province. First the wood was dried at low temperatures, and then transformed into small sculptures to measure volatile substances.

The amount of phytoncides increased by 33 percent in cypress and 38 percent in pine trees during the summer season.

“Even if we don’t go to the forest, we will be able to experience positive effects such as stress relief, enhanced immunity, and antibacterial action through phytoncides indoors using wood,” said Lee Seong-sook, a researcher at the KFRI.

“It is recommended to use lumber and wood to create forest parks exclusively for family indoors, even if we cannot find the forest often due to busy city life,” Lee added.