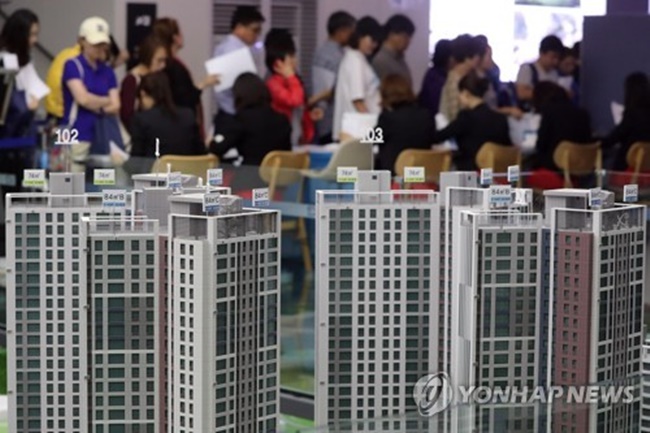 SEOUL, June 22 (Korea Bizwire) – The number of people earning a living by renting property has risen sharply in recent years, government data showed Thursday, amid a market boom brought on by policy measures to prop up the housing market.

The number accounts for 21.7 percent of the total registered businessmen in the country, which stood at 6,702,000 two years ago, making it the second-largest group after 1,491,000 registered retailers and wholesalers.

Service providers came in third at 1,255,000 or 18.7 percent, followed by transportation, warehouse and communications businesses at 8.6 percent and manufacturers at 8.4 percent.

The sharp rise in the number of landlords and others in property renting is attributed to the previous Park Geun-hye administration’s decision to ease the loan-to-value (LTV) and debt-to-income (DTI) ratios in 2014 to allow home buyers to borrow up to 70 percent of their property value and upwards of 60 percent of their income for mortgage payments.

The newly launched Moon Jae-in administration, however, said Monday it will lower from July 3 the LTV in Seoul, Gyeonggi Province, some areas in Busan and the administrative capital of Sejong to 60 percent from 70 percent and the debt-to-income ratio in the areas to 50 percent from 60 percent.

Finance Minister Kim Dong-yeon said the property market in Seoul is showing signs of overheating, noting the country’s household debt, including credit purchases, rose to a record 1,359.7 trillion won (US$1.2 trillion) at the end of March.