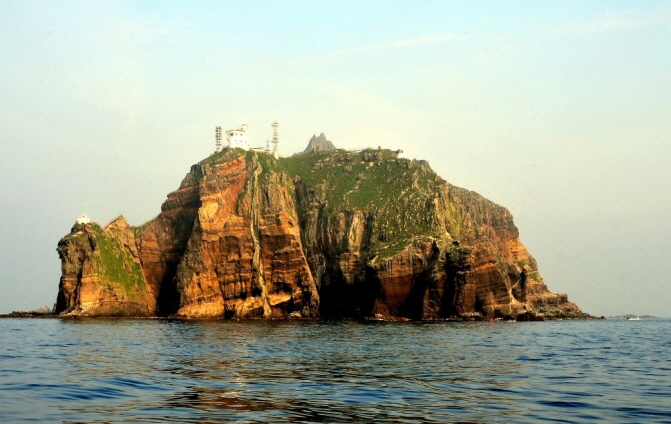 There are currently a total of 379 marine species living around Dokdo Island. (image: Public Domain)

SEOUL, Jul. 4 (Korea Bizwire) — The Ministry of Oceans and Fisheries announced on Wednesday that it will embark on a project to restore the diverse ecosystem in the sea surrounding Dokdo Island.

Since 2015, the ministry has been conducting various projects in the area.

By the end of this month, the ministry will deploy some 30 professional divers to displace sea urchins threatening the survival of marine algae in the area.

Divers will also clean off calcareous algae that causes albinism among rocks underwater, and plant sea trumpets, rhubarb, and other self-sustaining algae to restore the marine algae habitat.

Fry of young rock breams will also be released in the area to naturally control the population of sea urchins, known to be rock bream’s biggest prey.

According to a 2017 report by the ministry, there are currently a total of 379 marine species living around Dokdo Island, including 220 kinds of invertebrate animals and 21 kinds of coral species, which is the highest record of concentration of species in South Korea.