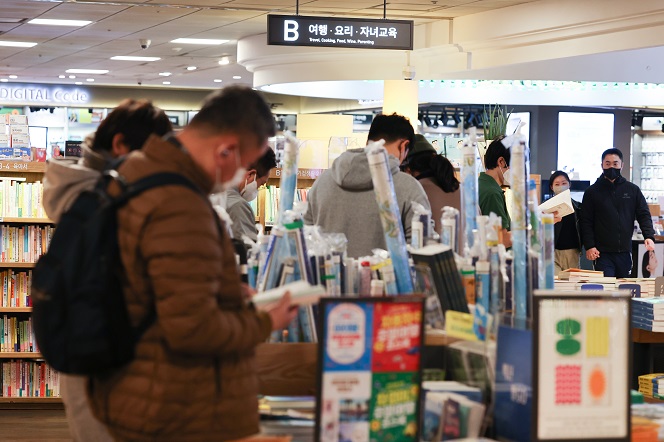 A bookstore in central Seoul (Yonhap)

The nation’s offline bookstores recorded combined revenues of 1.39 trillion won (US$1.05 billion) last year, up 19.5 percent from a year ago, according to a report by local market research agency Metrix Corp.

The hike in their revenues is attributable to the eased impact of the COVID-19 pandemic.

However, the number of employees employed by offline bookstores declined by 19.9 percent to 4,830, primarily due to small bookstore closures.

“During the survey process, there were many cases where phones were unanswered or bookstores were closed,” an official from the Publication Industry Promotion Agency of Korea said.

In contrast, the number of employees employed by online bookstores jumped by 33.2 percent to 4,353.