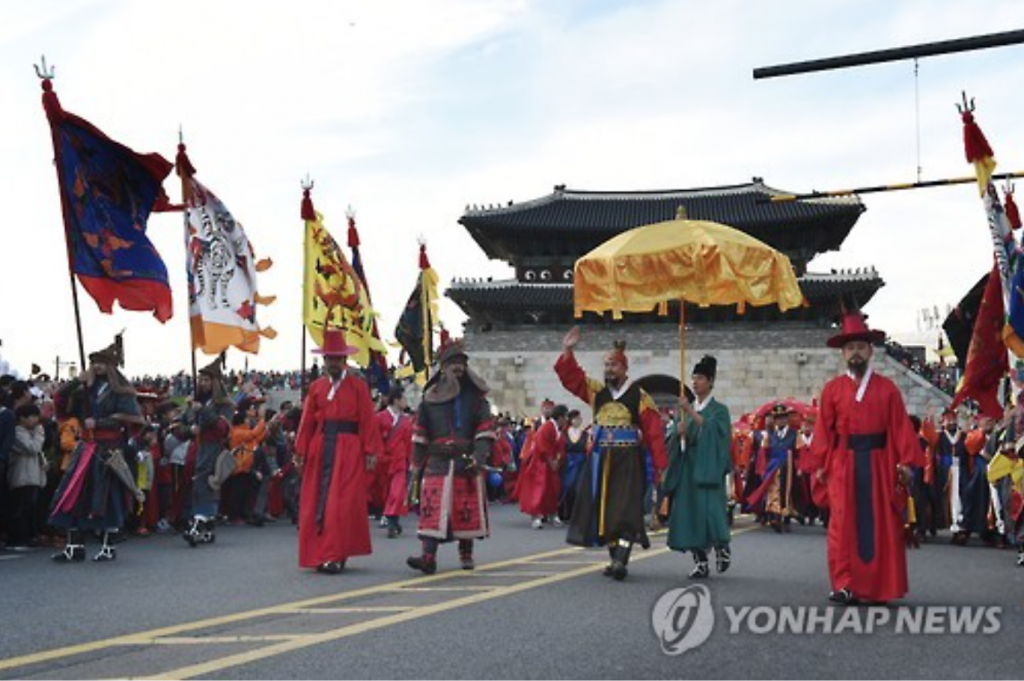 SUWON, South Korea, Oct. 10 (Korea Bizwire) – A reenactment of King Jeongjo’s (1752 – 1800) royal procession kicked off Saturday for a two-day march from Seoul’s Changdeok Palace to the Hwaseong Fortress in Suwon, a distance of 47.6 kilometers.

King Jeongjo, among the Joseon Dynasty kings best recognized for filial devotion, arranged the procession in 1795 (which took nine days) as a pilgrimage to his father to celebrate the 20th anniversary of his reign and the 60th birthday of his mother.

The reenactment was arranged as part of the 53rd Suwon Hwaseong Cultural Festival, and although the ceremony has always been a part of the festival, this year was the first time that the entire procession covered the full route from the capital to Suwon.

A total of 3,093 individuals and 368 horses took part in the epic journey. 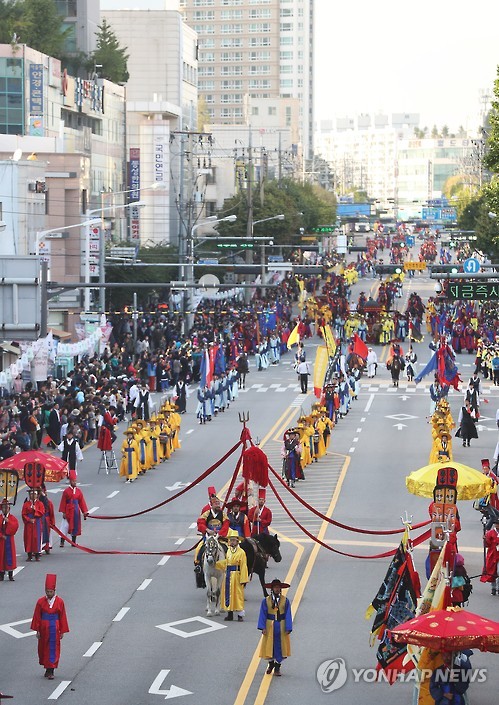 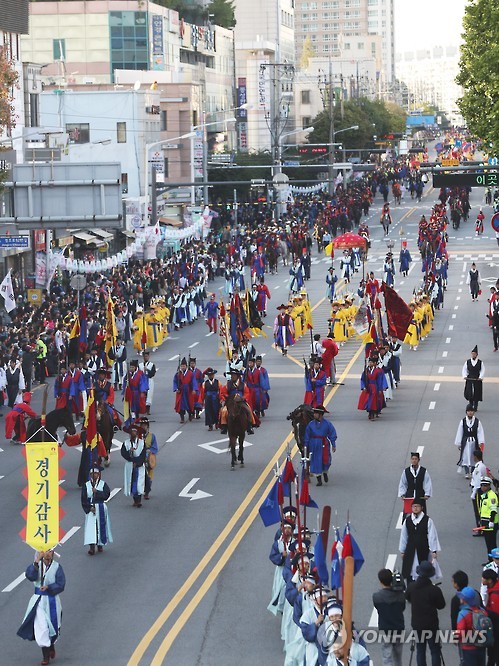 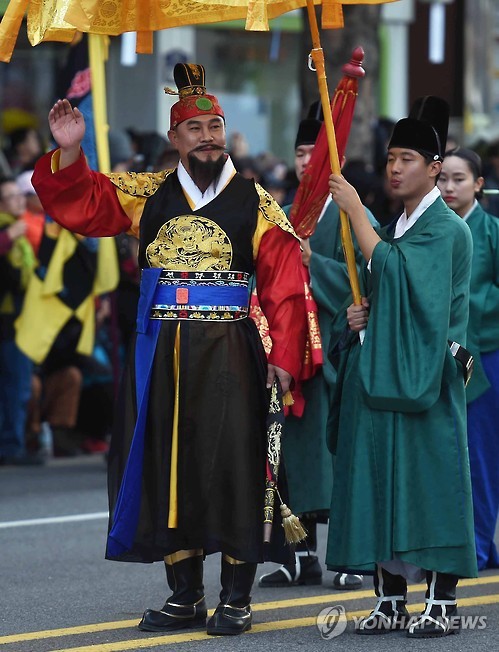