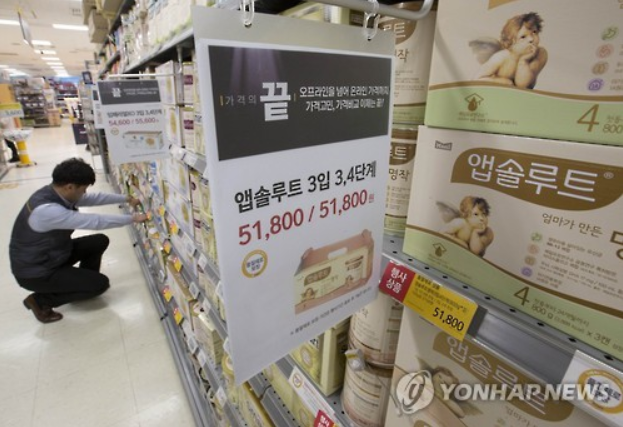 The online Emart shopping mall reported that sales of ‘Ultimate Lowest Price’ products increased by 51.2 percent, while sales of the same products at the company’s retail stores rose by 8.6 percent. (image: Yonhap)

SEOUL, May 18 (Korea Bizwire) – On May 17, Emart reported that its online sales had increased by more than 50 percent compared to last year, as a result of the company’s ‘Ultimate Lowest Price’ project. Under this initiative, certain products are sold at prices lower than those found at both offline and online markets.

For three months, Emart sold 48 different products (among 13 different product lines) at prices they declared as ‘Ultimate Lowest Prices’, starting on February 18 with panty-style diapers and ending on May 12 with choco pies and wet tissues.

The product lines sold during the ‘Ultimate Lowest Price’ promotion saw 14.1 percent sales growth at both online and offline markets compared to same period last year, exceeding the overall sales increase which was reported to be only 3.4 percent.

The online Emart shopping mall reported that sales of ‘Ultimate Lowest Price’ products increased by 51.2 percent, while sales of the same products at the company’s retail stores rose by 8.6 percent.

Emart officials explained that they are maintaining ‘Ultimate Lowest Prices’ by conducting studies on prices offered by major online and offline distribution companies.

“According to our analysis of the last three months’ sales, our ‘Ultimate Lowest Price’ project resulted in two effects – increased sales for Emart, and the stabilization of grocery prices for consumers,” said Young Jin Jang, the director of Emart’s marketing division.

“We plan to expand our ‘Ultimate Lowest Price’ project even further by adding more products offered at such prices,” he added.