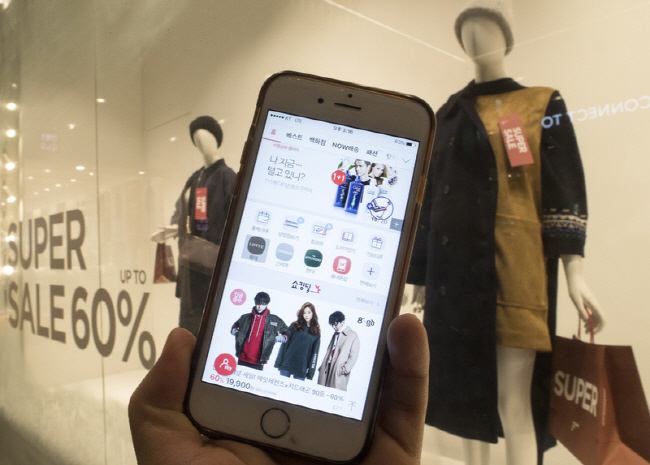 Researchers said that although customers are limited to surrounding areas if offline stores are operated, online stores can secure customers regardless of location. (Yonhap)

SEOUL, Dec. 12 (Korea Bizwire) — A study has shown that the spread of wealth among regions is evident as existing brick-and-mortar stores are moving online.

A research team from Seoul National University, which contributed to a recent report from Naver Corp., South Korea’s biggest internet portal, analyzed the results of a survey of 1,485 sellers on Naver’s Smart Store, a platform for online shop operators.

The researchers also estimated the shift in sales between regions based on Statistics Korea’s record of online shopping transactions last year.

As a result, areas outside of the Seoul Capital Area received 21.99 trillion won (US$18.52 billion)in capital inflows from all over the country.

“Although customers are limited to surrounding areas if offline stores are operated, online stores can secure customers regardless of location.” said the researchers.

“The positive effects of spreading wealth, which is easily concentrated in the metropolitan area, have emerged,” added a research team.

According to the research, if the 300,000 small online businesses in Korea grows threefold to 1 million, the local economy will have an additional 60 trillion won in sales per year.

According to an analysis of the current status of delivery locations nationwide based on locations of Naver’s smart store businesses, more than 90 percent of sales in non-capital areas such as Gangwon Province, Jeju Island and Busan have occurred outside of their locations.

In addition, offline stores that generate more than 11 million won in monthly sales were mostly concentrated in the core business districts.

For online retailers, however, more stores are found to have higher sales than core commercial districts in the surrounding areas with less accessibility.

However, online sales have tended to depend on the seller’s understanding of online markets.

Since the average age of small business owners in South Korea is relatively high at 53.8 years, online commerce education programs are expected to be needed for them, the research team advised.