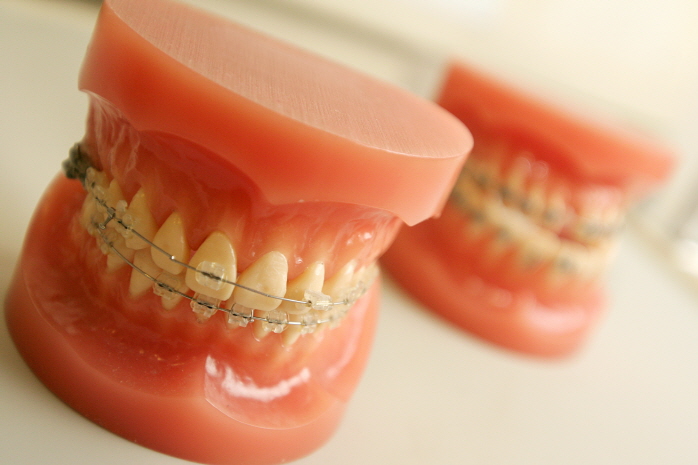 Longer life expectancy seems to have led to the increasing popularity of orthodontics treatment among the middle aged as they correct their teeth, get implants, and receive other types of treatment to maintain oral health. (image: Yonhap)

SEOUL, Nov. 22 (Korea Bizwire) — A new study has revealed that an increasing number of South Koreans over the age of 40 are receiving orthodontics treatment.

The Korean Association of Orthodontists (KAO) conducted a study based on data from university hospitals and general hospitals in five major cities in South Korea — Seoul, Busan, Daegu, Gwangju, and Daejeon – and determined that the overall number of orthodontics patients went from 2,104 people in 2010 to 1,782 in 2017, but the number of patients younger than 9 years old or over 40 years old has increased.

While teens and those in their 20s comprise the majority in absolute terms, they are shrinking in terms of their share of the total, while children and the middle aged are gradually increasing. Now, orthodontics is going beyond the typical stereotype of “teens with braces” to be favored by older people.

Hwang Yeong-chul, the public affairs director at the KAO, said the increasing number of middle-age people receiving orthodontics treatment “pertains to the longer average life span of South Koreans,” adding that it is now “a beauty solution for them, which breaks the old perception that orthodontics are just for kids.”

In other words, longer life expectancy seems to have led to the increasing popularity of orthodontics treatment among the middle aged as they correct their teeth, get implants, and receive other types of treatment to maintain oral health.

The number of patients under 9 years of age has also increased despite the fact that this age group is actually shrinking due to the country’s low birth rate.

The KAO explained that this is probably due to family interest in giving orthodontics treatment to their kids at this age, while lower birth rates are allowing parents to concentrate more on their children.