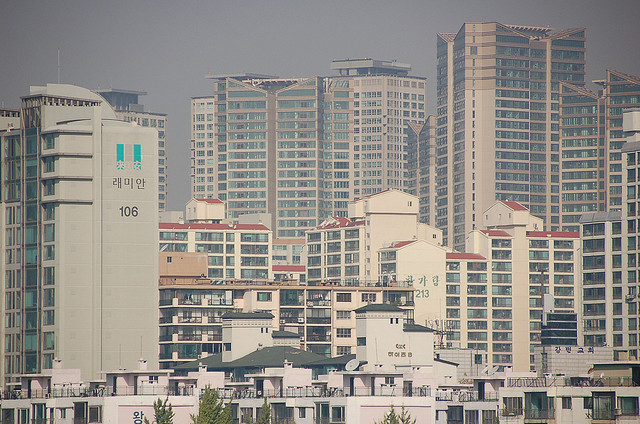 Although the sales prices of Seoul apartments are stable, the skyrocketing jeonse prices have placed a burden on workers saving up for deposits. (image: Jason/flickr)

SEOUL, Feb. 16 (Korea Bizwire) – It is reported that average jeonse deposits for apartments in Seoul have reached as much as six years’ income for an urban laborer household, which means that the average household would have to save all of their income for six years in order to rent a Seoul apartment.

Although the sales prices of Seoul apartments are stable, the skyrocketing jeonse prices have placed a burden on workers saving up for deposits. Jeonse prices in the metropolitan area and the national average also increased to 4.3 years and 3.4 years respectively in 2014, according to Real Estate 114’s February 15 report which analyzed jeonse prices for all apartments in Korea and compared them to the household income of urban laborers.

Jeonse is a unique housing rental scheme existing only in South Korea, under which a landlord leases a house to tenants for a sizable deposit, which they then invest to make returns. The principal is returned to the tenant at the end of the lease without interest.

A real estate broker explained that the phenomenon results from significant increases in rental costs that have outpaced increases in household income. Jeonse prices surged by an average of 60.8 million won (US$55,200) in just two years, easily surpassing wage increases. As most contracts are for two-year terms, those who rented apartments two years ago must now come up with an additional 60 million won or face eviction.