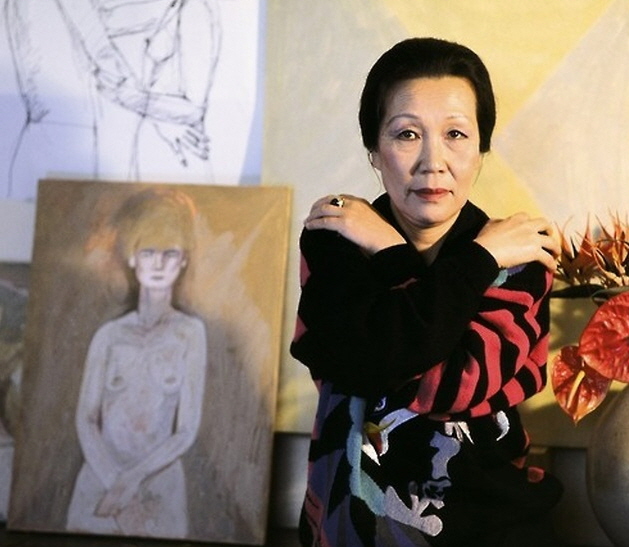 SEOUL, Oct. 22 (Korea Bizwire) — A famed artist, who has long been rumored to be dead, passed away several months ago, with her daughter having been seen carrying an urn containing the painter’s remains, a head of a local museum said Thursday.

Kim Hong-hee, general director of the Seoul Museum of Art, said the daughter of Chun Kyung-ja visited the museum several months ago with the urn of her mother’s ashes. Kim added that she didn’t get a chance to meet the daughter Lee Hye-seon.

“I was told Lee visited our museum, and she asked us not to talk publicly about her visit,” Kim said. “Since this is a private matter, I thought she would find the appropriate time to do so herself.”

Earlier, the Chosun Ilbo quoted Lee as saying that Chun’s health had deteriorated since the U.S. Thanksgiving Day last November, and she’d died in the early hours of Aug. 6 in New York.

According to the newspaper, Lee cremated Chun’s remains and held a quiet, low-profile funeral at a New York Catholic church.

Famous for her depictions of flowers and women from the 1960s to the 1980s, Chun reportedly suffered a cerebral hemorrhage in 2003 and remained bedridden in Manhattan until her passing.

Chun had been rumored to have died as many as 10 years ago. Last year, the National Academy of Arts temporarily stopped paying Chun her membership benefits on the grounds that it couldn’t determine whether she was still alive.

In protest, Lee withdrew Chun’s membership on behalf of her mother. The academy demanded official medical records, but Lee shot back that such attempts amounted to defamation of Chun’s character.

The academy, however, didn’t process Lee’s request for a withdrawal of Chun’s membership. Chun remains listed as a member of the academy on its website.

Chun left for New York in 1998 after donating 93 paintings to the Seoul Museum of Art. In 2013, Lee, the daughter, demanded the museum return all of them to her possession, saying the museum’s negligence had damaged the paintings.

Chun abruptly retired from painting in 1991, when she faced plagiarism charges.