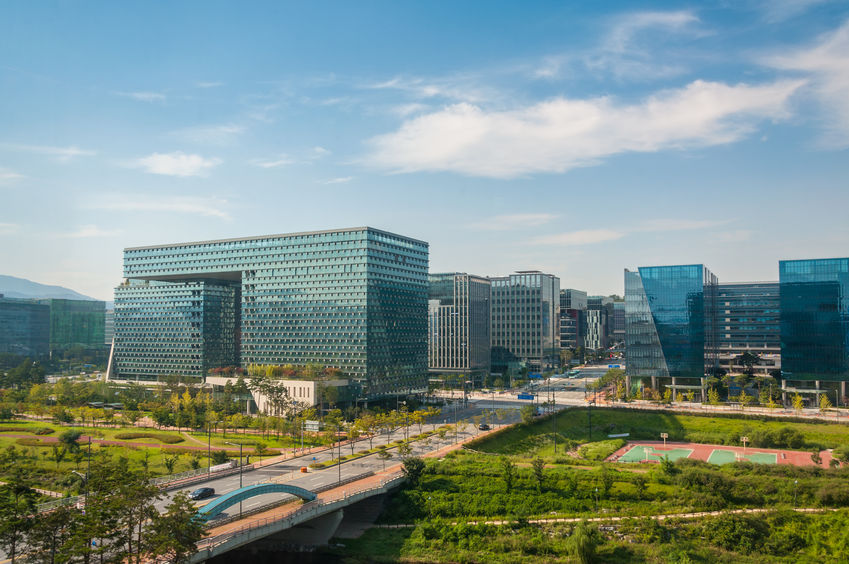 This means Pangyo Techno Valley accounts for 22 percent of the regional gross domestic product of Gyeonggi Province, and is nearly on a par with that of Busan and Incheon, which created 78 and 76 trillion won in sales, respectively. (Image: Kobiz Media)

According to data released by the Gyeonggi Provincial Government on Tuesday, more than 1,300 companies had moved into Pangyo Techno Valley, also known as PTV, an industrial complex located in the city of Pangyo that focuses on IT, biotech and other types of technology as of the end of last year, generating over 77.4 trillion won in sales altogether.

This means Pangyo Techno Valley accounts for 22 percent of the regional gross domestic product of Gyeonggi Province, and is nearly on a par with that of Busan and Incheon, which created 78 and 76 trillion won in sales, respectively.

Compared to the same time in 2015, 185 more companies moved to the rapidly growing industrial complex, bringing in an additional 7.2 trillion won.

Since 2011, when only 88 companies had offices in Pangyo Techno Valley, creating 5 trillion in sales, the gross volume of businesses in the area jumped more than fifteenfold in the past five years.

Among 74,738 individuals currently employed by companies at Pangyo Techno Valley, over 10,000 were newly hired last year, accounting for 13.8 percent.

When broken down by age, over seven in 10 workers at Pangyo Techno Valley are either in their 20s or 30s, despite high youth unemployment rates in recent years.

The figures come as something of a surprise, considering recent data from Statistics Korea indicating that there were 1.47 million unemployed youth between the ages of 15 and 29 as of May this year.

“From expanding business and residential spaces to improving business infrastructure, we hope to reflect the voice of workers and continue to grow.”