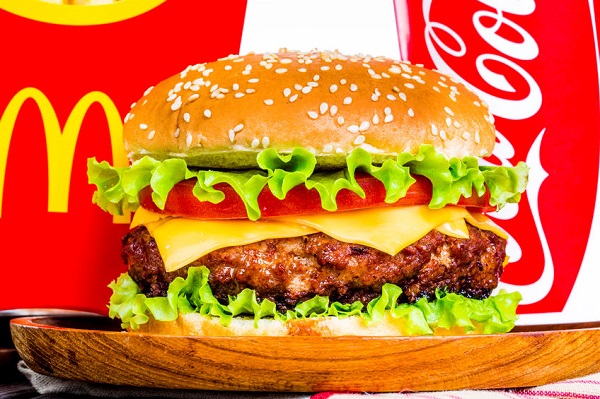 If you are poor and hungry, you would probably buy the Big Mac meal rather than the fresh vegetable. (image: Kobizmedia/Korea Bizwire)

SEOUL, Nov. 11 (Korea Bizwire) – Obesity was considered a symbol of wealth for most recorded history. Being fat meant you don’t have to engage in manual labor while being given change to gorge on plentiful food. Today, however, the total opposite is true. The poorer you are, the fatter you are likely to be.

Free Medicare beneficiaries have more chances to be super-obese than those regularly paying health insurance premiums, according to big data analyzed by the National Health Insurance Service. Even of the insurance plan subscribers, low-income brackets are more vulnerable to the risk of morbid obesity, the data showed.

Those who benefit from the free-of-charge medical care services including recipients of national basic livelihood security program, beneficiaries of social welfare organizations and North Korean defectors are a total of 1.45 million in 2013, of which the ratio of super-obese amounted to 1.23 percent, 3.5 times higher than that of those who are at the top 5 percentile of the paying plan subscribers (0.35%).

SEE ALSO: Men in the 30s and Women in the 60s Most Likely to Be Obese

In terms of gender, women are more inclined to be overweight than men. The number of female medical care beneficiaries who have severe obesity (1.57%) is almost double that of the men in the same condition (0.87%). Among the health insurance subscribers, the gap of the obesity rate between the top 5 percentile group and the lowest 5 percentile group represented 0.40 percentage point in 2013, up from 0.12 percentage point in 2002.

The data refers to the fact that modern obesity is closely related to poverty. A report published by the Overseas Development Institute in the United Kingdom showed that the number of the obese or overweight people living in developing countries almost quadrupled to 940 million in 2008 from 250 million in 1980.

That’s because unhealthiest foods are the cheapest in modern society. With 4,300 won, or about US$3.96, in South Korea, you can buy either a Big Mac combo meal at McDonald’s at lunchtime or a pack of cherry tomatoes. If you are poor and hungry, you would probably buy the Big Mac meal rather than the fresh vegetable. In addition, people in need don’t have time and money to go to the gym. They have to work late at night to earn a small amount of money, which is totally for making their ends meet, not for their workouts.

The Korean government belatedly took its first step to address the obesity issue among the poor. Some asserted that we should tax on junk foods and soft drinks like some state governments in the Unites States. Others disagreed with the idea, however, since a tax on fat people themselves forces those in poverty to stand on the edge of a precipice.