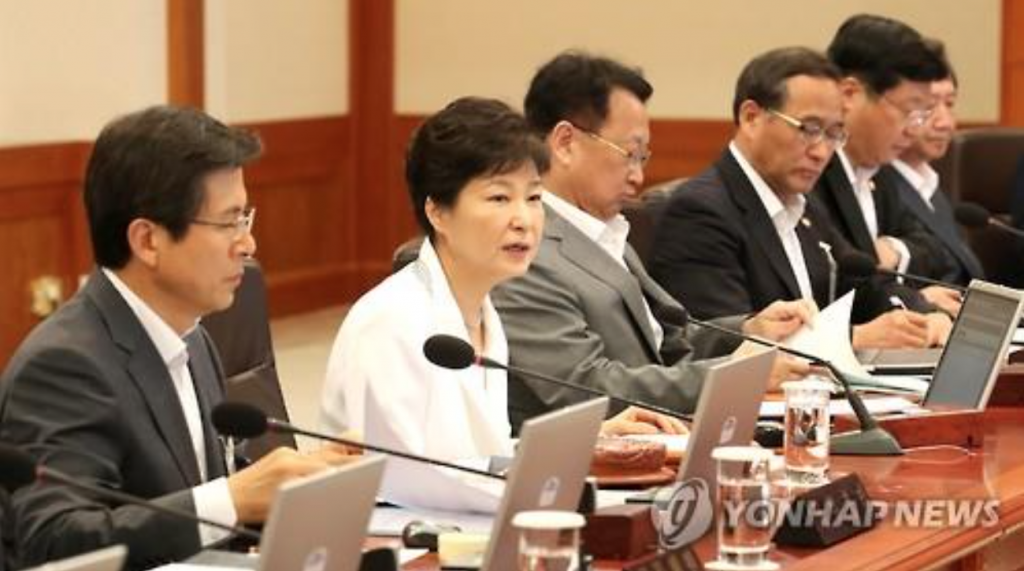 SEOUL, Aug 12 (Korea Bizwire) – President Park Geun-hye granted special pardons to a high-profile businessman and more than 4,870 people, many of who were convicted of non-violent, petty crimes, on Friday, three days ahead of Liberation Day.

The list of the beneficiaries was finalized during an extraordinary Cabinet meeting Park presided over at the presidential office.

Among the beneficiaries is CJ Group Chairman Lee Jay-hyun, who has been suffering from Charcot-Marie-Tooth disease, which involves hereditary motor and sensory neuropathies, chronic renal failure and related complications.

“I have been soliciting views from various walks of life (regarding special pardons) to muster up our strength to promote national unity and overcome economic challenges,” Park said during an extraordinary Cabinet meeting.

“I expect that all of those who are given the pardons can actively join the efforts to revive the economy and contribute to national development.”

Regarding the pardon for the ailing CJ chairman, the government said that the decision was made in consideration of views by experts that it would be difficult to carry out his jail sentence due to his deteriorating health.

“(The CJ chairman) was included on the pardon list based on humanitarian considerations and to offer him a chance to contribute to the nation’s economy,” the government said in a press release.

Last year, the business tycoon was given two and a half years in jail, along with a fine of 25.2 billion won ($22.8 million), for embezzlement, breach of trust and tax evasion.

Politicians and civil servants, who were convicted of corruption, were also excluded from the list, the government said, stressing that the pardons this time were carried out in a “restrictive” way that the general populace can agree to.

The president also offered pardons to 1.42 million people who have been given penalty points or had their driving licenses suspended for traffic offenses between July 13 last year and July 12 this year.

Those who were penalized for drunk driving, road rage, hit-and-runs and deadly traffic accidents were excluded from the pardon list.

A day earlier, new ruling Saenuri Party leader Lee Jung-hyun called on Park to offer “large-scale” pardons to those convicted of minor economic crimes so as to give them another chance to contribute to the country’s economic growth.