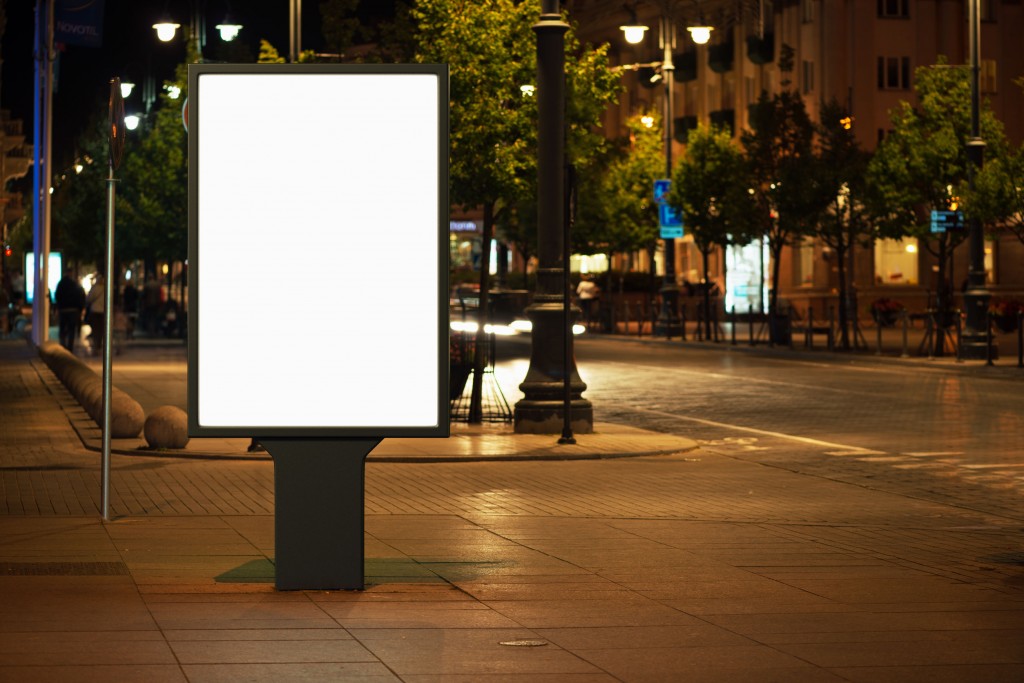 Starting in the 2000s, patents for digital advertising such as digital signage equipped with wired or wireless communications and display technologies have been increasingly sought after, officials said. (image: KobizMedia/ Korea Bizwire)

According to the Korea Intellectual Property Office, the average annual number of such patents, which stood at less than 50 prior to the 2000s, rose to some 300 from 2001 to 2010, and to 600 since 2011 – rapidly increasing alongside technological advancements.

In the past, outdoor advertising was mostly limited to billboards, poster columns, or means of transportation (i.e. public buses), but starting in the 2000s, patents for digital advertising such as digital signage equipped with wired or wireless communications and display technologies have been increasingly sought after, officials said.

“Interactive advertising”, in which the ad interacts with both consumers and the surrounding environment, is one example.

This type of ad reacts when someone touches its display, changing content like images and music, while it can also be equipped with a sensor that detects changes in its surroundings – for example, a digital display shampoo ad at a subway station could have the model’s hair blow in the wind every time a train arrives.

Other digital ads highlighted recently include patents incorporating virtual reality technologies, or “media façades”, in which LED lights installed on the sides of buildings are used as an advertising platform.

For instance, a “dancing air billboard” patent, better known as the “inflatable airdancer”, which used to only dance in random movements with the repeated injection and discharge of air, now has fine-tuned movements, and can dance to specific music.

“With the revision to Korea’s outdoor billboard act taking effect this July, there’s now a legal basis for digital advertising mediums to be used as outdoor billboards,” said an official. “We expect research and development of ICT-integrated ads to further pick up momentum.”