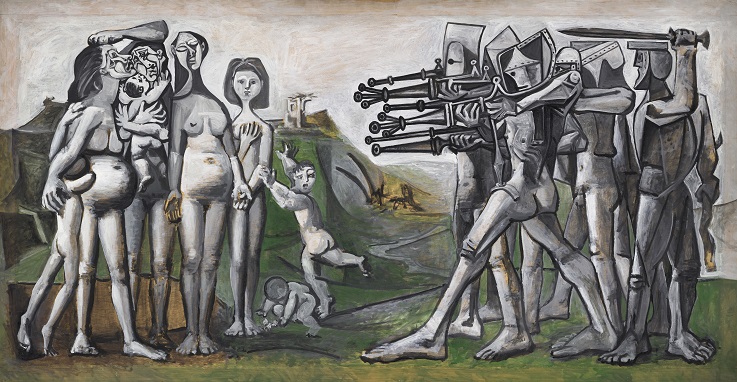 This image, provided by Vichae Art Museum on March 29, 2021, shows “Massacre in Korea” by Pable Picasso, which will be displayed in an exhibition in South Korea for the first time from May 1 to August 29.

The “Massacre in Korea”, one of a series of anti-war paintings by the legendary Spanish artist, will be exhibited at the Hangaram Arts Center Museum inside the Seoul Arts Center in southern Seoul, from May 1 to August 29, according to the organizer, Vichae Art Museum.

The painting depicts a group of naked women and children threatened at a gunpoint by a firing squad in a message against wars and violence.

The painting will be among some 110 artworks that will be on display during the exhibition, titled “Into the Myth”. The artworks are from the Paris-based Musée Picasso, the organizer said.