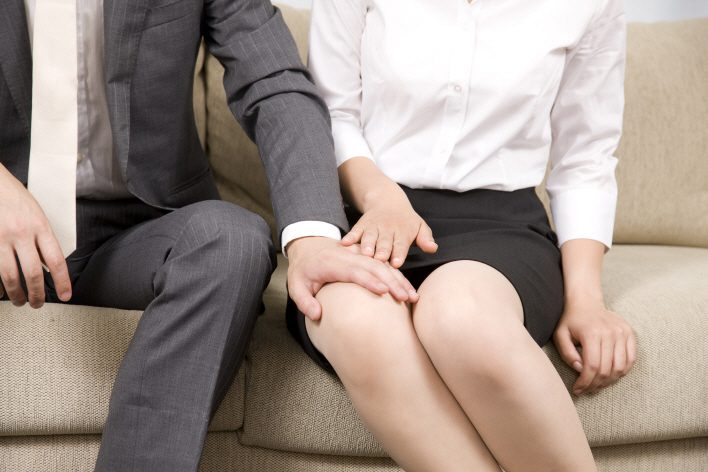 SEOUL, Mar. 4 (Korea Bizwire) — Recent data shows that 8 out of 100 employees in the public service or at private companies in South Korea have suffered from sexual harassment at work.

However, of the total victims, more than 80 percent suffered the harassment in silence and did nothing about it.

According to the Ministry of Gender Equality and Family on Sunday a survey was conducted from April to December of last year with the participation of 9,304 employees at 400 public institutions and 1,200 private companies, and 1,600 personnel responsible for the prevention of sexual harassment.

Among the workers surveyed, 8.1 percent responded that they had been sexually harassed at least once in their workplace.

Women, younger workers and temporary employees were more likely to have victims of sexual harassment.

Workers 20 years of age or younger were most likely to suffer from sexual harassment at 12.3 percent, with those in their 30s, 40s, and 50s following suit.

In addition, compared to regular workers, temporary workers were more likely to suffer from sexual harassment, with 9.9 percent saying they had been victimized.

What constituted sexual harassment varied, including ‘listening to sexual comments and assessment about appearance’ (5.3 percent), ‘listening to dirty jokes’ (3.4 percent) and ‘being forced to pour drinks or sit next to a superior when having social gatherings’ (2.7 percent).

The survey also showed the 81.6 percent of the victims suffered in silence. Reasons for doing so included ‘it wasn’t a big deal’ (49.7 percent), and ‘the problem wouldn’t be solved even if reported’ (31.8 percent).

This can be interpreted as an indication that the victims did not actively file complaints as they had low confidence that their employer would solve the problem, and feared additional repercussions.

In fact, 27.8 percent reported experiencing sexual harassment again by co-workers reacting negatively after a complaint had been filed.

The ministry conducts a sexual harassment survey every three years based on the basic law for gender equality.

Compared to the results of 2015, the percentage of victims increased by 6.4 percent.

The Korean Women’s Development Institute suggested that an increased sensitivity to sexual harassment at work after the dawn of the #MeToo movement played an important role in the increase.

The ministry plans to establish educational programs for managerial staff on how to prevent and deal with secondary damage, and provide a basis for them to go through a complaints review committee when sexual harassment occurs.