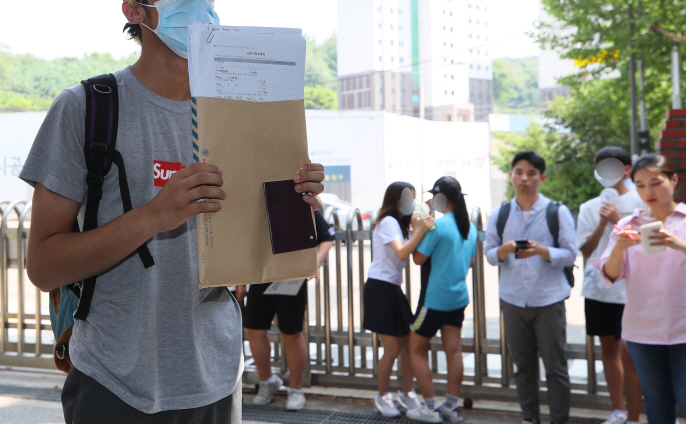 The Iranian student has filed for refugee status once again and it is unclear whether the outcome will be any different the second time around. (image: Yonhap)

SEOUL, Jul. 20 (Korea Bizwire) — With a middle school student from Iran on the verge of being deported from South Korea after his application for official refugee status was rejected, friends and classmates have come together to voice their opinions.

Sixty people associated with a middle school in Songpa-gu including students, teachers and parents held a protest in front of the Immigration Office in Seoul’s Sinjeong-dong in Yangcheong-gu.

One student who participated in the protest said that her Iranian classmate is practically a Korean “after having been raised in the nation since he was young.”

The student said she couldn’t understand why her Iranian friend had to leave the country.

“Refugees are not bad people,” said the student on behalf of her friend, and went on to say that she hopes that people in Korean society can learn to live side by side with refugees.

Her Iranian friend came to South Korea with his father in 2010 when he was 7 years old after being born in the Iranian capital of Tehran.

He is also a Christian, having attended church since he was in second grade. His father converted to Christianity in 2015 after being persuaded by his son.

But all Muslims who convert to another religion are charged as criminals in their home state of Iran.

It’s been reported that the Iranian father and son were ostracized from their family in Iran after informing them of their religious conversion.

Although the Iranian’s refugee status application was formally rejected in 2016, he is able to stay in the country legally until September while his father’s refugee application is still under consideration.

On July 11, friends of the Iranian student filed a petition to the Blue House asking for a fair evaluation of their friend’s refugee application. After just a week, the petition had gained the support of over 29,000 people.

Since then, the Iranian has filed for refugee status once again and it is unclear whether the outcome will be any different the second time around.