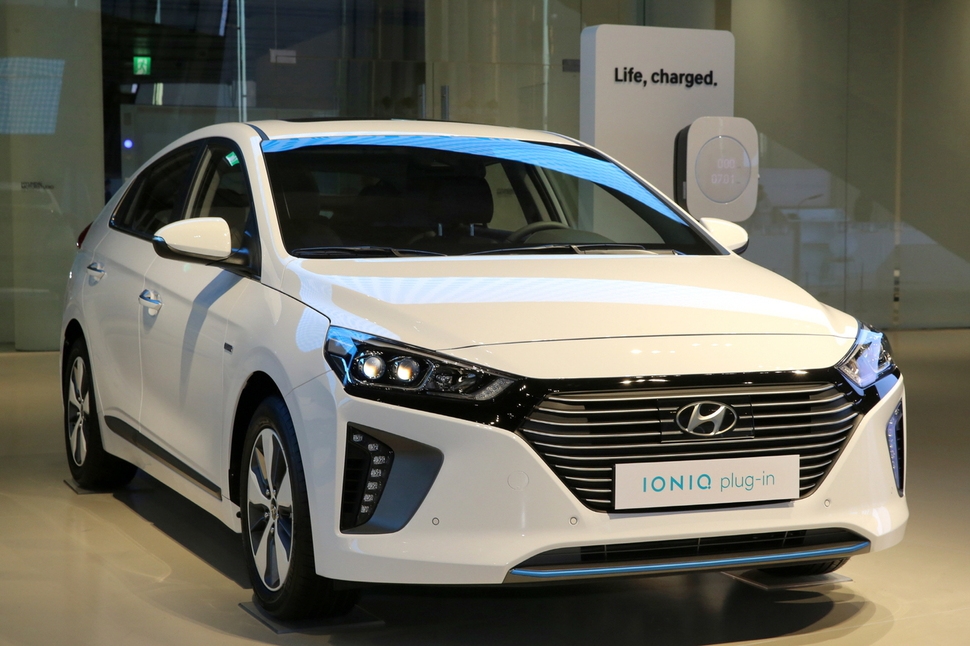 Hyundai Motor sold 37 units of its Ioniq plug-ins in April, the best monthly sales since the model’s launch in February but still in the low double digits. (image: Hyundai Motor)

SEOUL, May 15 (Korea Bizwire) — Sales of plug-in hybrid electric vehicles (PHEVs) have yet to pick up in South Korea, mostly due to high prices and lack of consumer recognition, industry officials said Sunday.

Hyundai Motor sold 37 units of its Ioniq plug-ins in April, the best monthly sales since the model’s launch in February but still in the low double digits. Its competitor Prius Prime from Toyota Korea, launched last month, sold 17 units.

In yearly terms, Hyundai sold 117 of its Sonata PHEVs last year, while Kia Motors sold 20 of its K5 PHEVs.

PHEVs are lauded as an alternative that combines the benefits of hybrids and electric vehicles. But they are shunned mostly for their high prices, industry watchers say.

The government provides more than 20 million won (US$17,714) in subsidies for buyers of electric cars but gives only 5 million won for people purchasing plug-in hybrids.

Prius Prime is priced at 48.3 million won and Ioniq plug-ins at between 32.3 million to 34.1 million won, compared with tags in the 20 million-won range for electric cars.

“PHEVs are too expensive for the government subsidy of 5 million won to have any effect,” an official said. “We need a policy that will lower the actual price of PHEVs.”

Consumers also have yet to become more familiar with PHEVs to include them in their shopping options, he said.

Despite slow sales, car manufacturers have said they plan to launch new PHEVs this year.

Kia Motors, for one, will release the PHEV model of its Niro compact SUV this week. BMW Korea plans to market its 3, 5 and 7 series, and X5 SUV as hybrids within this year. Mercedes Benz will compete with a sedan and SUV hybrids to be launched this year.

“PHEVs are best suited for the people’s lifestyles of today,” the official said.

“Without any dramatic leaps in battery technology, PHEVs will likely dominate the eco-friendly auto market for some time.”