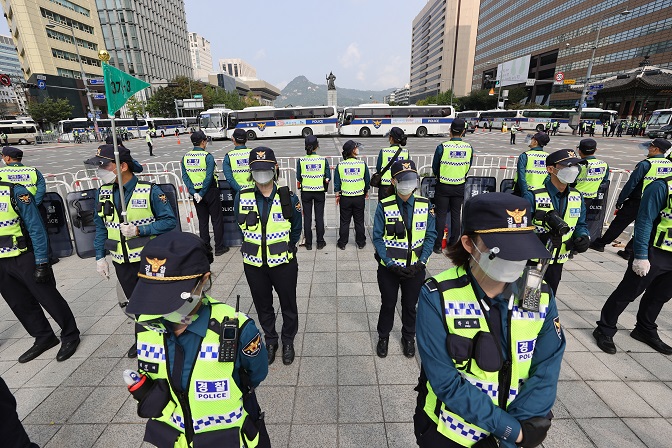 The Korea National Police Agency (KNPA) said investigators can hide or disguise their identities to approach potential offenders to secure criminal evidence under the revised Act of the Protection of Children and Youth Against Sex Offenses, which will go into effect Friday.

With a court warrant, undercover operatives can also use fake identifications and disguises to buy, sell or advertise sexually exploitative content involving minors in order to catch individual sexual predators or infiltrate criminal organizations to bust them.

A spate of serious sex crimes against underage girls last year has redoubled the need for investigators to operate in a more covert way. Most criminal activities took place secretively — and elusively — on highly encrypted messaging applications like Telegram.

In June, Cho Ju-bin, the mastermind behind a notorious Telegram sexual exploitation ring, was sentenced to 42 years in prison on charges of violating laws protecting minors from sexual abuse, operating a criminal ring and concealing criminal proceeds.

The KNPA have chosen 40 investigators from police agencies around the country for the secret duties and said they will continue to review and revise the undercover investigation system. The number of assigned officers will be increased down the road, they said.

Under the relevant law, those who repeatedly send online messages causing sexual shame or hate to children or trick them into doing sexual activities with the intention of sexually exploiting them will face a penalty of up to three years in prison or a fine of 30 million won (US$26,000).