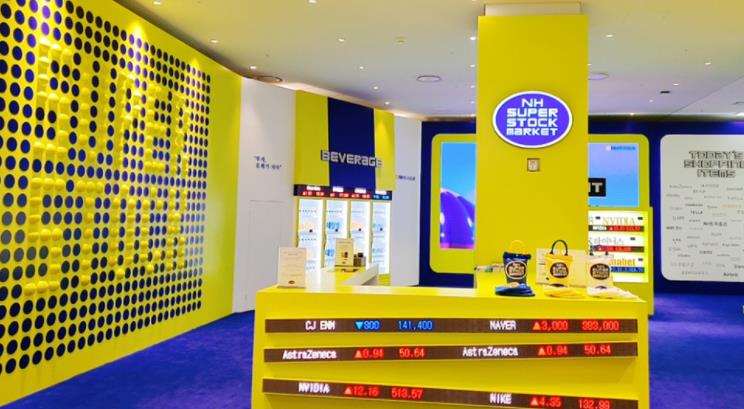 This photo provided by Hyundai Department Store shows the company’s pop-up store at the Hyundai Seoul.

SEOUL, May 17 (Korea Bizwire) — Pop-up boutiques at department stores are turning into platforms for exhibitions and simulations to attract members of the MZ generation who are more accustomed to online shopping than offline.

Since May 7, Lotte Department Store’s Suwon branch has been operating the J’Lim Market, which has rounded up a variety of influencer brands.

Visitors to the J’Lim Market can take a look at some 28 brands run by social influencers, each followed by hundreds of thousands of people on social media.

These new shops break the traditional concept of pop-up stores, which tended to focus on a single brand.

Hyundai Department Store Co. also ran a pop-up store at the Hyundai Seoul where customers could try out stock investment until May 9.

The company’s Pangyo outlet ran the ‘Green Friends’ showroom between April 27 and May 2 that sold some 200 products made by 30 eco-friendly, ethical businesses to attract the MZ generation, who tend to spend based on their beliefs and causes.