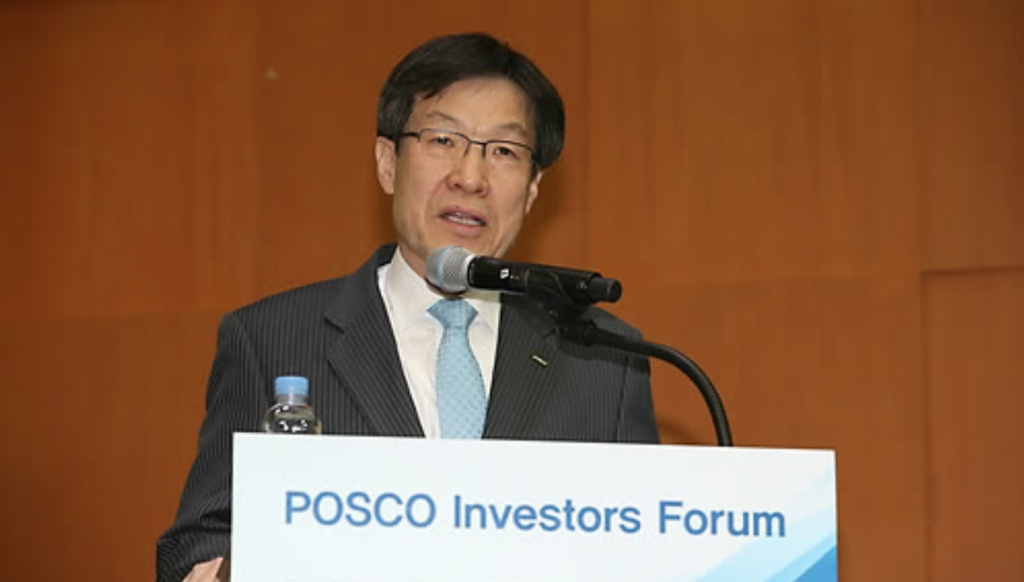 Kwon Oh-joon, chairman of the world’s fifth-largest steelmaker POSCO, speaks at an investors’ forum in Seoul on May 19, 2014. (image: Yonhap)

SEOUL, Nov. 11 (Korea Bizwire) – The chief of POSCO, South Korea’s No. 1 steelmaker, will be grilled by prosecutors Friday over its former affiliate related to an influence-peddling scandal surrounding a close friend of President Park Geun-hye.

The prosecution said it summoned Kwon Oh-joon, 66, to appear before the Seoul Central District Prosecutors’ Office at 7 p.m. to undergo questioning over allegations that an associate of Choi Soon-sil, Park’s longtime friend, attempted to forcibly take over the shares of the steelmaker’s former advertisement subsidiary last year.

He became the first head of a South Korean big business group to be questioned by prosecutors looking into the snowballing political scandal.

Choi’s close associate Cha Eun-taek, who is now in custody, is suspected to have used his ties with Choi and other senior government officials to put pressure on a small ad agency, which acquired Poreka from POSCO, to hand over 80 percent of its shares. The attempt, however, ended in failure as the ad agency declined to hand over the shares.

A number of officials, including former senior presidential secretary An Chong-bum, have been put under custody for alleged involvement in the process.

Prosecutors are expected to see if Cha, Choi or other presidential officials intervened in the process of the steelmaker’s decision to sell its advertisement arm, and any decisions made afterward.