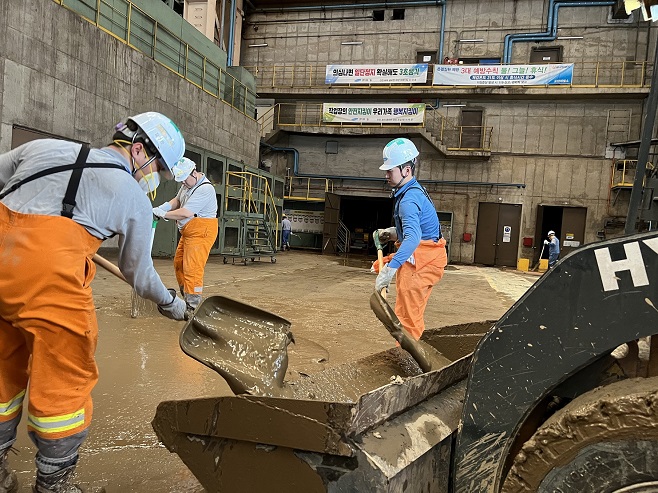 Workers remove mud at POSCO’s steelworks in Pohang, 374 kilometers southeast of Seoul, on Sept. 7, 2022, in this photo provided by the steelmaker.

POSCO, the country’s largest steelmaker, suspended operations of the three of the blast furnaces in the southeastern city of Pohang, about 370 km southeast of Seoul, as the typhoon caused flooding of related facilities, such as power supply stations, earlier this week.

The steelmaker, which runs furnaces in Pohang and Gwangyang, about 420 kilometers south of Seoul, said it will make utmost efforts to restart the furnaces.

POSCO’s Pohang steelworks generated 18.49 trillion won in sales last year, which accounted for some 24 percent of the group’s total.

Should the restoration be delayed, POSCO will have to shoulder massive production losses.

POSCO said it will increase production at furnaces in Gwangyang.