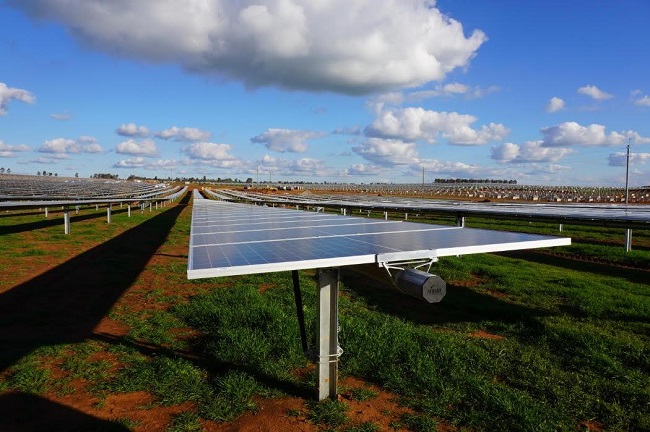 This photo, provided by POSCO, shows a solar power generation system set up in Australia by Array Technologies. POSCO’s PosMAC was used in building the system.

Under the memorandum of understanding inked virtually, POSCO will begin providing 200,000 tons of ternary alloy coated steel called PosMAC to Array Technologies between 2022 and 2023.

PosMAC, called “rust-free iron,” is extensively used for buildings’ inner and outer walls, outdoor units of air conditioners, automotive components and many other applications, according to POSCO.

The amount is enough to build a solar power generation system in an area the size of 12,000 soccer stadiums.