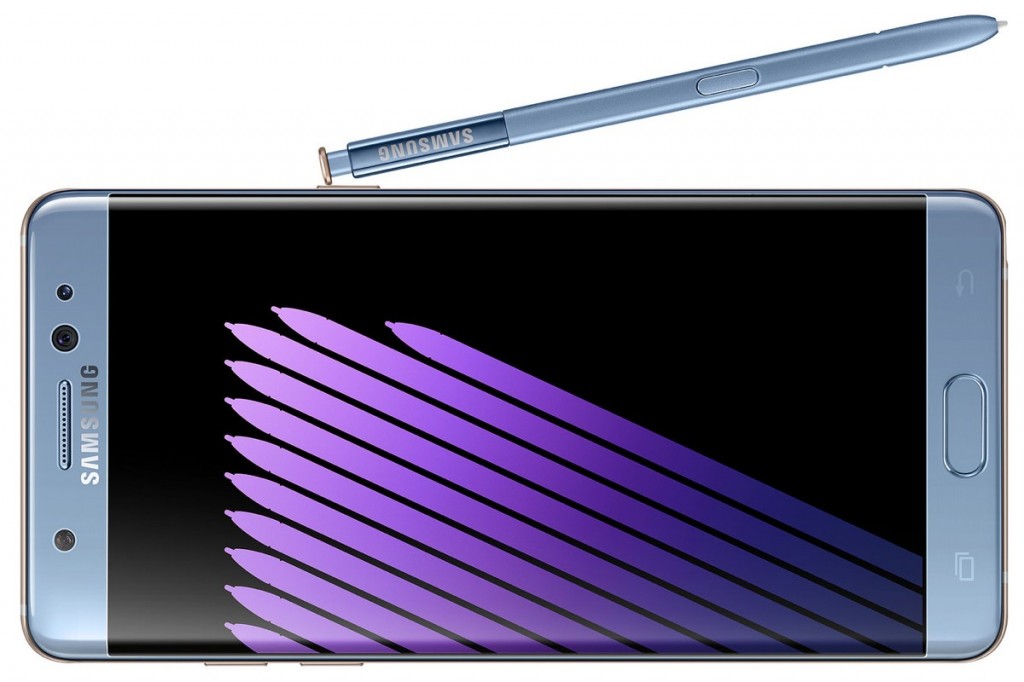 Thus far, the main speculated cause of the latest events is a malfunction in the battery’s internal barrier, which separates the anode and the cathode from contacting each other – the same problem observed in the first models. (image: Samsung Electronics)

SEOUL, Oct. 10 (Korea Bizwire) – Samsung has temporarily halted the production of its latest phablet amidst media reports of Galaxy Note 7 devices catching fire despite having been replaced, leaving consumers wondering if the flaw is in the phone itself instead of the battery.

Following reports of Note 7s catching fire soon after the product’s otherwise successful launch, the tech giant pointed to battery defects as the root cause, and decided on a bold global recall of some 2.5 million of the flagship phablets.

The company even changed its main battery supplier from Samsung SDI, which accounted for roughly 70 percent of batteries in the initial models, to ATL, which supplied the other 30 percent in the initial process, and now makes the batteries for all of the replacement models.

The change in supplier, however, was to no avail, with reports of Samsung phablets catching fire persisting, leading to speculation that Samsung’s initial diagnosis of the incident may have been inaccurate.

Thus far, the main speculated cause of the latest events is a malfunction in the battery’s internal barrier, which separates the anode and the cathode from contacting each other – the same problem observed in the first models.

Lithium-ion batteries can catch fire or explode if the barrier is damaged, sometimes from outer force, allowing the two poles to touch each other and resulting in an overcurrent.

According to an industry source, this is particularly so for pouch cells used in smartphones with non-replaceable battery structure.

Pouch cells can enhance energy density while reducing volume, and allow for more flexible designs with features such as water and dust-proof capabilities. But at the same time, they make the battery much more vulnerable to external pressure and heating, which is why they require a smartphone design that takes into consideration a wide range of variables.

This is where industry watchers speculate that Samsung may have overlooked potential dangers when it switched over from smartphones with removable batteries (starting with the Galaxy S6 series and Galaxy Note 5), distracted by its efforts to boost battery performance.

The Galaxy Note 7 boasts a high-capacity 3,500mAh battery in addition to fast charging and wireless charging features, both of which became available with Samsung’s non-removable battery models.

Nonetheless, there are other possibilities for the fires, such as a software glitch.

“I feel like it may not just be a problem with the battery,” said a battery industry official. “Whether it’s the exterior casing, or a software issue, there’s plenty of room for questions.”

He also pointed to a potential design flaw in which the phone fails to absorb outside pressure or shock to its battery.

“If the battery is prone to damage from the smallest impact, it means that it’s also not safe to be carrying the phone around for daily use.”

There have been eight cases of reported fires involving replacement Note 7s so far – five in the U.S., one in South Korea, and another in Taiwan.

Although details of the investigations into the seven cases outside South Korea have yet to be released, for the incident in Korea, the Korea Testing Laboratory and SGS Korea concluded that the fire was caused by a “strong external shock or from the device being crushed.”