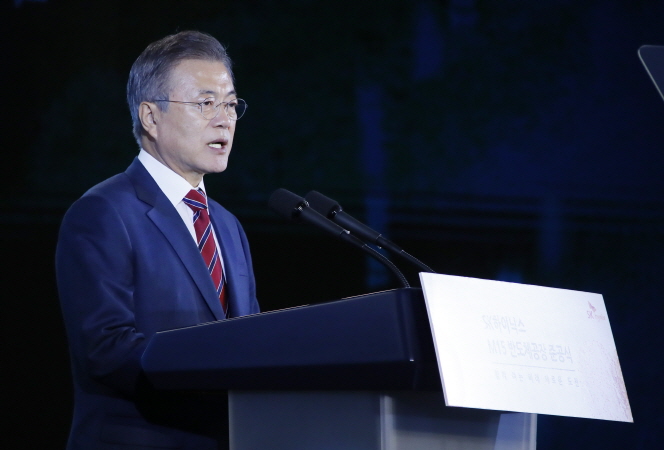 “The government and I will not hold back our support for companies that invest, make jobs and contribute to the local economy by co-existing with small and medium-sized firms,” the president said in the ceremony in Cheongju, 140 kilometers south of Seoul.

He said the new plant will greatly contribute to the local and national economy.

“The semiconductor industry is the South Korean economy’s engine. It posted record sales by exporting US$61.2 billion in the first half alone,” Moon said.

“However, we are being closely chased by competitor nations, such as China and the United States. Now is time to further accelerate our innovation efforts by gathering our strength and wisdom to maintain our global leadership in the semiconductor market,” he added.

The president promised full support to this end.

“I welcome SK hynix’s investment plans, and the government too will help to make sure company investments can be made at the right moment,” he said, while also promising to increase government support for research and development projects.