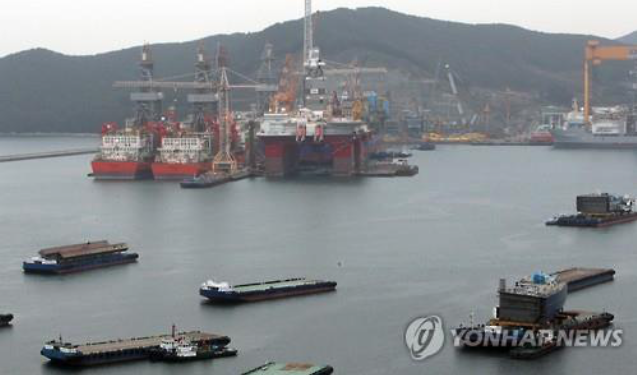 Prosecutors are investigating whether the former chiefs are liable for the losses due to accounting frauds. (image: Yonhap)

Nam Sang-tae, who headed the company from 2006 to 2012 and Ko Jae-ho, who succeeded Nam until last year, are prohibited from leaving South Korea, according to the sources.

The legal action came amid the local shipbuilding industry’s suffering from mounting losses caused by an industry-wide slump and increased costs.

In January, the audit committee of Daewoo Shipbuilding filed a petition to the Changwon District Prosecutors’ Office, seeking a probe over the former managing boards’ responsibility over the poor management.

Prosecutors are investigating whether the former chiefs are liable for the losses due to accounting frauds.

Earlier this year, the shipyard said it swung to huge losses in 2013 and 2014 from earlier reported profits, citing accounting mishaps.