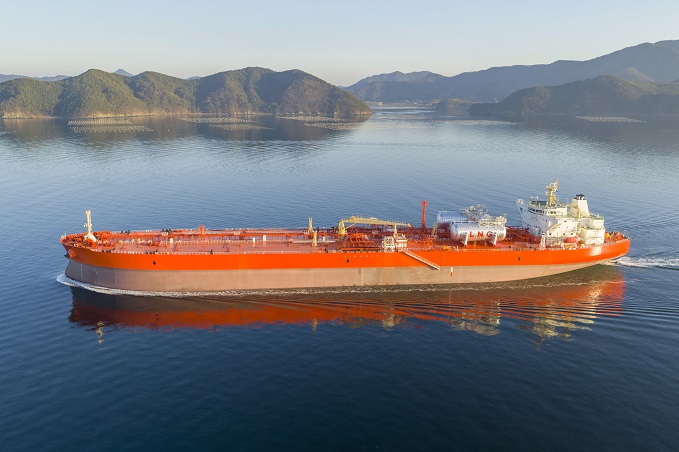 This file photo, provided by Samsung Heavy Industries Co. on Feb. 18, 2021, shows an oil tanker built by the shipbuilder.

SEOUL, March 31 (Korea Bizwire) – South Korean shipbuilders led by Hyundai Heavy Industries Co., which have been struggling with a drought of demand amid the pandemic, scooped up major deals in the first quarter of the year, boding well for their achievements of this year’s annual order targets.

Korea Shipbuilding & Offshore Engineering Co. (KSOE) bagged US$5.4 billion worth of new orders in the January-March period, achieving 36 percent of its annual order target of $14.9 billion.

New orders won by Samsung Heavy Industries Co. came to $5.1 billion in the period, which is already 65 percent of its annual order target of $7.8 billion.

Daewoo Shipbuilding & Marine Engineering Co. also fared well by clinching $1.79 billion worth of new orders in the January-March period, accounting for 23 percent of its annual order target of $7.7 billion.

“New orders clinched in the first quarter were more robust than expected despite a lack of new orders for LNG carriers,” Yang Jong-seo, a researcher at the Korea Eximbank Overseas Economic Research Institute, told Yonhap News Agency by phone.

Yang said the first quarter’s new orders were also meaningful in that the orders cover a variety of ships from container carriers and liquefied natural gas (LNG) carriers to crude carriers, as previous deals were mainly for LNG carriers.

A rise in maritime freight traffic and increased shipping rates were also some of the key reasons for brisk orders for container carriers.

The Shanghai Containerized Freight Index (SCFI), a barometer of global freight rates, has been on the increase, hitting 2570.68 points on Friday, up nearly three times compared with 898 points a year ago.

Battered by the COVID-19 pandemic, the global shipbuilding industry had been mired in a slump in 2020 amid the pandemic and an economic slump, with South Korean shipbuilders also struggling to win more deals. 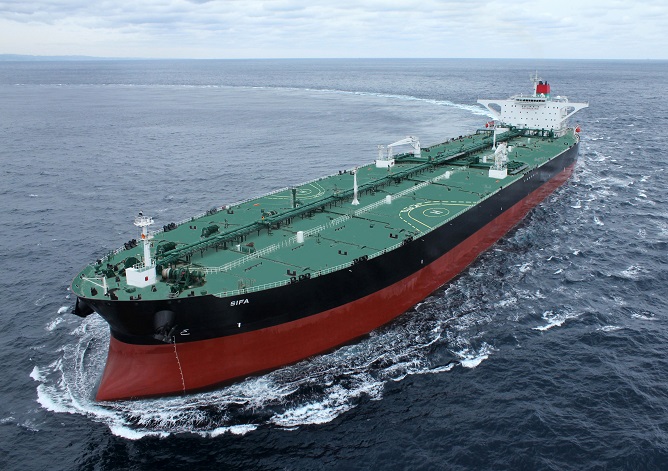 In the January-March period of last year, KSOE logged $1.2 billion worth of deals to build 19 ships, achieving 11 percent of its annual target of $11 billion.

The type of ships to be built varies. KSOE won orders for nine of 23 crude-oil carriers ordered globally and 15 of 23 liquefied petroleum gas (LPG) carriers in the first quarter of this year.

Samsung Heavy obtained orders for 34 of 66 Neo-Panamax container carriers ordered across the globe in the period.

“The brisk performance in the first quarter was mainly attributed to growing demand for eco-friendly ones in line with toughened environmental regulations,” Yang added.

Of the 19 ships ordered in the first quarter, 15 ships, or 80 percent, will be built as dual-fuel ships using LNG or LPG to reduce their emissions, Daewoo Shipbuilding said.

KSOE also said LPG carriers to be built by its shipbuilding units will be constructed with dual-fuel engines using LPG. Scrubbers, apparatus to reduce the sulfur of ships’ emission, will be mounted to large-scale crude-oil carriers.

Ships propelled by dual fuels, including LNG, numbered 14 among ships ordered to Samsung Heavy Industries in the first quarter.

Starting in 2020, the International Maritime Organization (IMO) lowered the sulfur cap on ships’ fuel content from 3.5 percent to 0.5 percent.

The IMO aims to cut carbon dioxide emissions from international shipping by more than 30 percent by 2025 and by at least 50 percent by 2050 compared to 2008.

Industry watchers predicted local shipbuilders would continue to see a rise in new orders down the road.

Citing increasing demand for container carriers touched off by a rise in shipping rates and for oil tankers stemming from the global economic recovery, new orders for ships will bounce back this year, Lee Hak-moo, an analyst at MiraeAsset Daewoo Securities Co., said in his latest report.