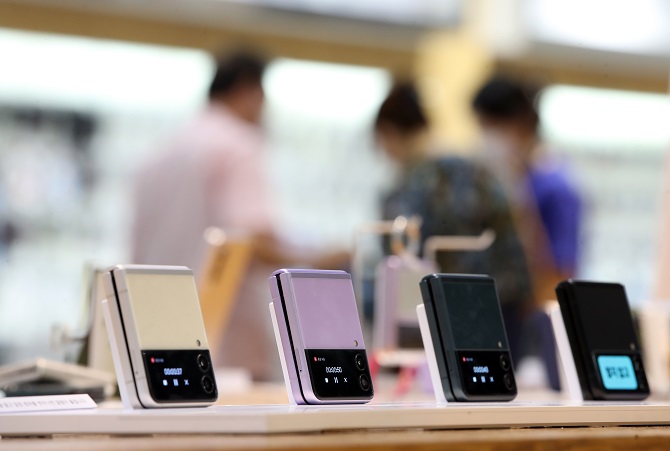 As of end-August, there were 17.8 million 5G network users, accounting for 24.8 percent of the country’s total 71.9 million mobile network subscriptions, according to the data from the Ministry of Science and ICT.

South Korea has a population of 51 million, and some people have multiple mobile phones.

The latest figure marks a rise from around 17 million 5G subscriptions in July as the launches of Samsung Electronics Co.’s Galaxy Z Fold3 and Galaxy Z Flip3 in late August boosted user growth.

Samsung’s new foldable smartphones have been widely popular here, with their sales topping 1 million as of Monday.

Still, 70 percent of mobile users were subscribed to 4G networks in August as mobile carriers try to draw more users to the latest generation networks.

User migration to 5G has been slower than expected amid user complaints over slower-than-expected speeds and limited coverage since the networks launched in April 2019.

South Korea’s 5G coverage is currently focused in Seoul and other major cities, though the country expects nationwide coverage by next year.