“Even though G-Star might not make the best return on investment in terms of marketing aspect, it could offer a good opportunity for startups to make a breakthrough, and could also be a festivity sort of for game players and game businesses as a whole.” 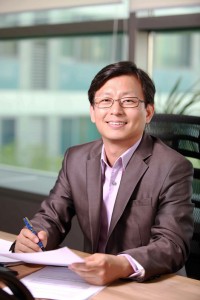 SEOUL, Sep. 6 (Korea Bizwire) - The Korea Internet & Digital Entertainment (K-iDEA) announced on September 4 that the 10th G-Star 2014, a large-scale global game exhibition in Korea, is scheduled to be held on November 20-23 at Bexco, Busan.

The exhibition has been a magnet for online computer games industry as well as game enthusiasts the world over. More than 300 companies are expected to attend it including NCsoft and Nexon to stage more than 2,400 booths in both the B2C and B2B sectors together.

In the B2B sector, in particular, there will be booths run by foreign companies from countries including Britain, Germany, Austria, Spain and Taiwan. As many as 50 booths are planned to be run by overseas businesses, a testament to the event’s increasingly huge appeal among the global game makers .

In fact, Korea’s online game companies posted disappointing results for the second quarter this year and NHN Entertainment (formerly Hangame), for example, announced on August 7 it recorded an operating loss of 7.3 billion won(US$7.08 million) for the quarter. This is the first quarterly loss for the company since its founding as a gaming division of Naver in the early 2000s.

Other game companies such as WeMade and Neowiz Games are also expected to make earnings reports much worse than before. According to the Korea Creative Content Agency, the first-quarter aggregate sales revenue of Korea’s publicly traded game firms fell 3.1 percent to 726.8 billion won from a year ago.