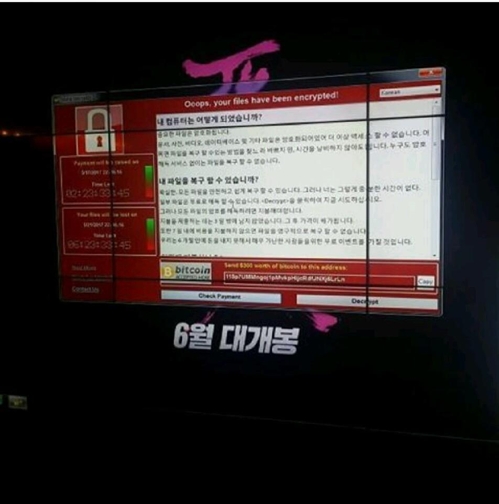 Around 50 chains of CJ CGV are estimated to have been attacked by the ransomware. (image: Yonhap)

Ransomware refers to malware that infects files in a computer until victims pay a certain amount of money to hackers. The latest ransomware, called WannaCry, first surfaced last week, damaging some 200,000 computers in 150 countries around the globe.

South Korea’s major theater chain CJ CGV said some of its advertisement servers were hit by the ransomware.

Around 50 chains of CJ CGV are estimated to have been attacked by the ransomware.

A company official said its movies are still running as scheduled, and the company is currently investigating the case.

“Movies are played by a separate server,” the official said. “We plan to normalize the situation as soon as possible.

Four South Korean companies claim to have suffered damage from the ransomware as of Sunday.