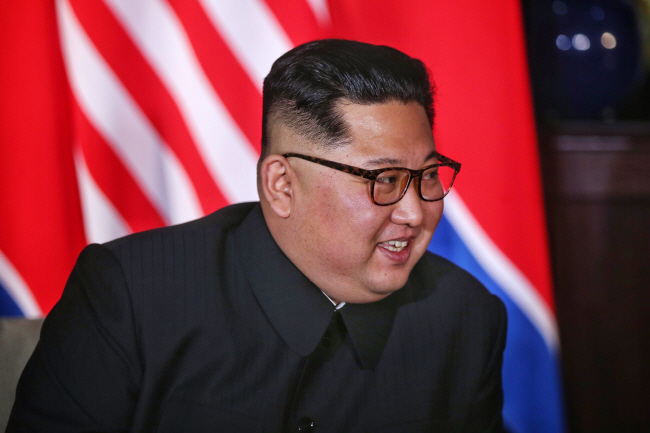 Seoul Metropolitan Government conducted an online survey of 2,000 people living in Seoul, 68 percent of whom said they support Kim Jong-un’s visit to Seoul. Another 22.4 percent said they oppose the idea.

A plurality of 38.1 of the respondents wanted to hear a speech from Kim Jong-un when he visits Seoul.

Among the respondents, 74.2 percent supported reunification of the Korean peninsula, which was almost three times the number of responses opposed to reunification (25.8 percent).

At 53.3 percent, more than half of the respondents picked denuclearization as the top priority for the next five years, followed by ‘relieving North-South military tension’ (20.9 percent), and ‘building trust between North and South’ (11.8 percent).

More than two-thirds supported a joint Seoul-Pyongyang bid for the 2032 Summer Olympics.

As for the preconditions of holding the joint Olympics, 36.5 percent said that a peaceful environment should be created on the peninsula, while 27.3 percent said city infrastructure should be built.

“Kim Jong-un’s visit to Seoul, once it is confirmed, will be met by full support from the Seoul Metropolitan Government for a successful North-South Summit in Seoul,” said Park Won-soon, mayor of Seoul.

“Seoul will continue to strive to make the 2032 Seoul-Pyongyang Olympics and other major projects with North Korea a success.”