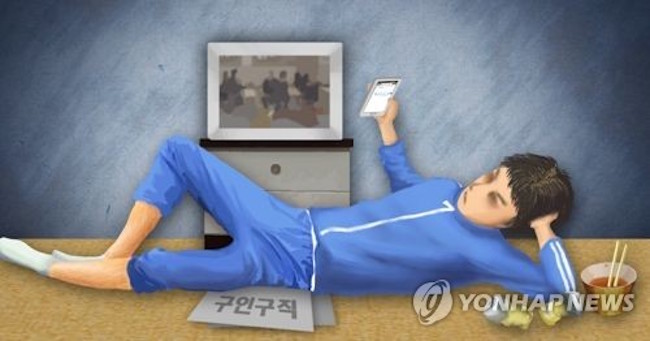 A record number of South Koreans in their 20s gave up their search for work in November amid a severe job crunch, government data showed Thursday. (Image: Yonhap)

SEOUL, Dec. 14 (Korea Bizwire) — A record number of South Koreans in their 20s gave up their search for work in November amid a severe job crunch, government data showed Thursday.

A total of 284,000 South Korean 20-somethings were outside the labor force and did nothing to look for jobs last month, according to the data from Statistics Korea.

The tally was up 48,500 from a year earlier and marked the highest-ever level for November.

The number of 20-somethings giving up looking for work had been on the rise over the past several months amid difficulties finding jobs in Asia’s fourth-largest economy.

“Hit hard by the job crunch, people in their 20s are just giving up their search for jobs,” a Statistics Korea official said. “The overall situation for youth employment is not good.”

Meanwhile, 1.72 million South Koreans outside the labor force had no jobs in November, up 219,000 from a year ago and the highest tally for November since 2002, when the agency started to compile related data.