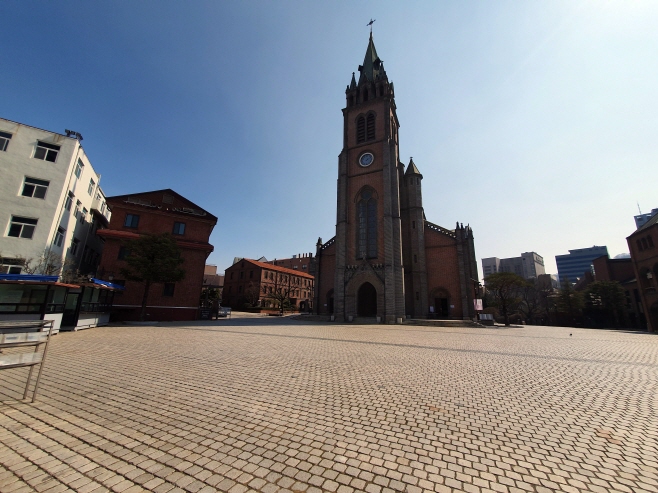 SEOUL, March 9 (Korea Bizwire) — In order to prevent further spread of the novel coronavirus, local religious groups have been asked to refrain from any religious services and gatherings for the foreseeable future.

As such, places of worship remain deserted, with no followers visiting, as many are now tuning in to online services.

Yeouido Full Gospel Church in Seoul, the biggest Protestant church in South Korea with 560,000 followers, held a Sunday worship service with only 60 to 70 ministers and choir members attending and closed its doors to others.

According to the Christianity Media Forum of Korea, 240 out of 340 large churches belonging to major Protestant churches in Korea, or 70.5 percent, moved Sunday worship services online.

However, there were some churches that broadcast services online, but went ahead with worship services anyways.

An official at a church in Gangnam District, Seoul said, “We encourage online worship, but there are people who wish to come to church.”

“After checking for fever, followers have to wear a mask and sit two meters apart from each other,” an official explained.

There was no mass scheduled for the day at Myeongdong Cathedral in downtown Seoul. There were few followers praying inside. It was only just past noon on Sunday, but there were few signs of activity outside the cathedral.

The situation was the same for Buddhist temples in the city center.

Jogyesa Temple in Jongno District, Seoul, has also suspended services, and only a few individual worshipers were spotted inside last Sunday.

Even the small number of individual worshipers had to leave their name and phone as a precaution if they wished to enter.