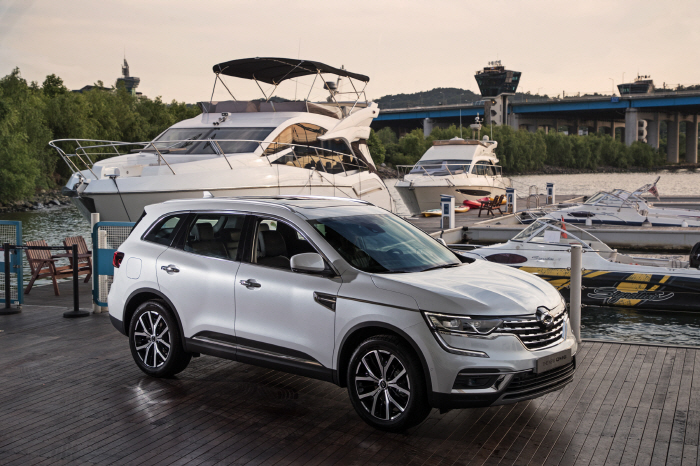 The QM6 LPe is the first LPG-fueled SUV in the South Korean SUV market. The facelifted QM6, equipped with a 2.0-liter gasoline engine, also went on sale, it said.

The company said it aims to sell about 3,000 units of the upgraded QM6 SUV a month this year.

“It will give customers a new experience as the ‘one and only’ LPG SUV in the Korean market. Equipped with the same driving performance and riding comfort as the gasoline model, the QM6 LPe will offer a wide range of benefits, including eco-friendly and economical maintenance cost,” Renault Samsung CEO Dominique Signora told reporters in a media test-drive event.

Renault Samsung will contribute more to the Korean economy through sustainable growth, he said.

As for securing production volume of the XM3, Signora said the company has already secured a sufficient output volume of the crossover model for domestic sales.

Signora said he will meet Renault S.A. officials in France next month to secure a solid production volume for the XM3 for export to Europe within this year.

The basic version of the gasoline QM6 sells at 24 million won (US$20,000), with prices going up to 30 million won depending on options.

In the January-May period, Renault Samsung sold 67,158 vehicles, down 36 percent from 104,097 units a year earlier due to a lack of new models and an extended labor dispute that has recently ended.

Its current lineup includes the SM3 compact, the all-electric SM3 Z.E. sedan, the QM3 small SUV, and the SM5, SM6 and SM7 sedans.