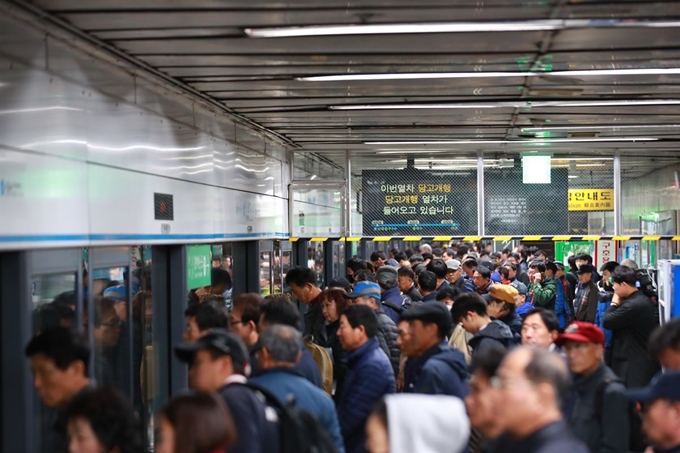 The subway ventilation system is essential in maintaining air quality inside the subway. (Yonhap)

DAEJEON, Jul. 2 (Korea Bizwire) — A team of South Korean researchers has developed a new algorithm that can predict failures in the ventilation system located throughout Seoul’s subway network.

The National Institute for Mathematical Sciences (NIMS) and Seoul Transportation Corporation announced on Monday that they have developed a new program that automatically detects part failures in air conditioners installed throughout the subway.

The subway ventilation system is essential in maintaining air quality inside the subway.

The aging system, however, is increasingly being exposed to the possibilities of failure, and the cost of maintenance has been on a constant rise.

NIMS researchers analyzed the parts and operation patterns of the ventilation system using data on electric current and logs of part replacements.

Based on the analysis, the team developed a deep learning model that checks the condition of the V-belt, bearings, and other core parts of the air conditioner and calculates the probability of the need to replace them.

Various types of failures have also been automatically categorized to easily apply the model to some 8,000 ventilation motors located throughout all subway stations operated by Seoul Transportation Corporation.

The test run at Nowon Station and Konkuk University Station showed 95 percent accuracy in detecting various types of failures in the ventilation system.