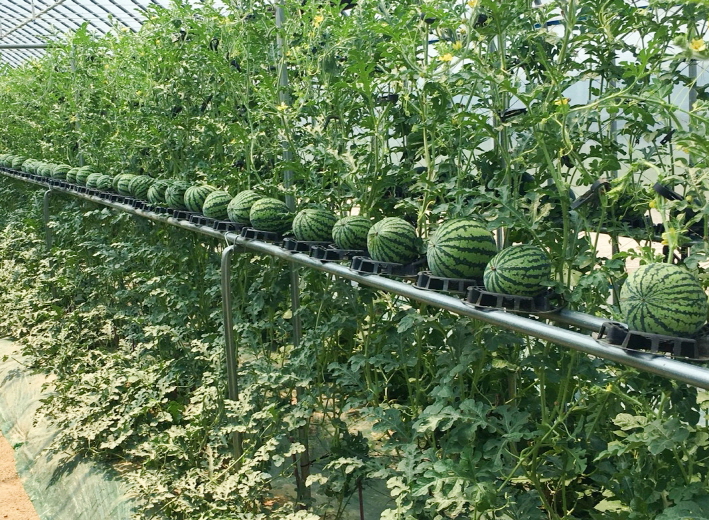 As the number of nuclear families and single-person households increases, more and more consumers are looking for mid-to-small watermelons, weighing fewer than 5 kilograms, rather than large watermelons, which typically weigh between 8 and 10 kilograms.

The new technology also calls for reducing the intensity of labor caused by existing cultivation methods and addressing the shortage of workers due to the aging population in rural areas.

With the current method of cultivation, where watermelons grow on vines on the ground, it is highly inconvenient because farmers have to squat or bend down to work on the plants.

In order to solve the problem, since 2017, CBARES has started researching ‘vertical cultivation’ technology that allows watermelons to run from 1 meter above ground after establishing ‘I-shaped’ ground stocks and planting seedlings every 20 centimeters.

As a result of the cultivation utilizing the new technology, the yield increased by 2.6 to 2.9 times per 10 acres compared to traditional methods of cultivation.

“We can plant more seedlings using vertical cultivation technology even in the same area,” a CBARES official said. “We will create a manual for technology and distribute it to farms in the near future.”