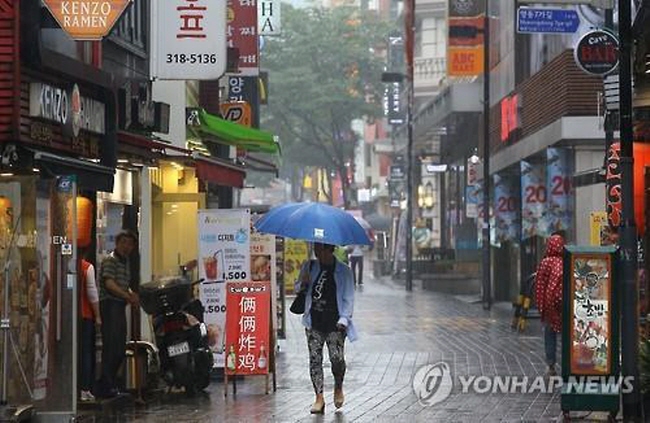 Retail sales reached little over 29.34 trillion won (US$25.15 billion) in June, down 0.6 percent from the 29.51 trillion won tallied a year earlier, according to the report by Statistics Korea. It was also down from 31.48 trillion won reached in May.

“The MERS outbreak caused shoppers to shy away from large markets where people converge, which effectively hurt overall sales,” said an official at the statistical agency.

Since the first case was diagnosed in late May, South Korea has reported 186 confirmed MERS infections and 36 deaths.

Sales of electronic appliances and computers fell 5.7 percent on-year, while shipments of clothing and cosmetics were down 9.8 percent and 4.1 percent, respectively.

However, sales at supermarkets and convenience stores, where fewer people usually shop, actually rose 4.4 percent and 34.6 percent each.

The report also showed, online shopping surged 26.6 percent on-year to around 4.43 trillion won in June, fueled by brisk demand for foodstuffs and agrofishery goods. Online shopping accounted for 15.1 percent of all retail sales in the one-month period.

Purchases made through smartphones, tablets and other mobile devices soared 79.8 percent on-year to 1.97 trillion won to account for 44.6 percent of all online sales in June, according to the report.