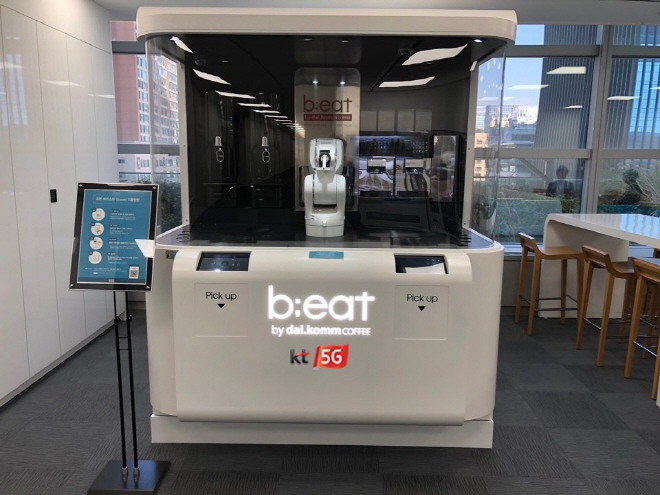 KT Corp. announced on Tuesday that it has introduced 5G service at Beat Coffee, an unmanned cafe owned by Dal.komm Coffee, a South Korean coffee franchise, where a barista robot takes orders and prepares beverages.

KT implemented a 5G wireless system at the café, which used to run on wired connections. Beat Coffee now has a 5G mobile hotspot in place to receive signals from 5G base stations.

The new 5G network will allow the café to share the barista robot’s work in progress via real-time full HD smart CCTV footage.

Customers can also check the country of origin, expiration date, and sanitary condition of coffee beans, syrup, milk, and other ingredients used at the coffee shop in real-time. 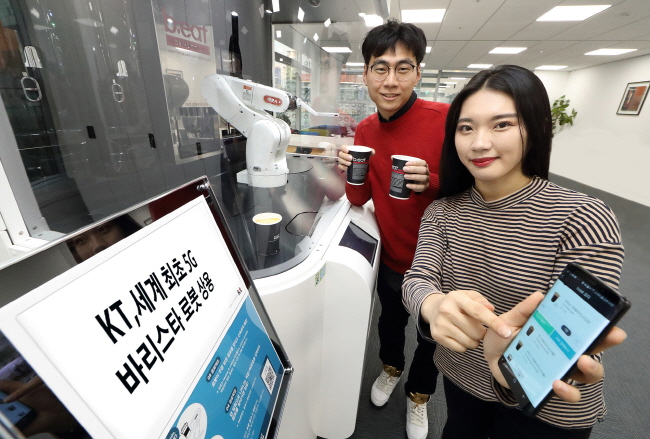 Beat Coffee joined a 5G MHS(Mobile Hotspot) plan where 10GB will be provided for 49,500 won (US$43.97). KT plans to add voice recognition and AI features to the barista robot in the near future.

“KT will showcase a series of outstanding 5G services and products,” said Park Hyun-jin, head of the 5G service department at KT.