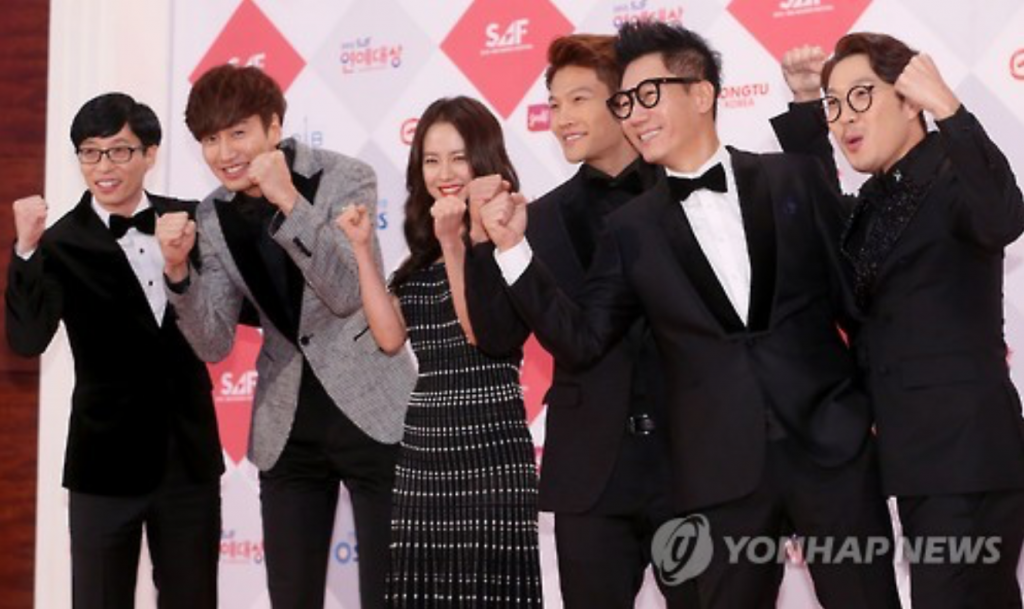 The controversy comes at a difficult time for the program, which despite mediocre ratings at home has generated an explosive response in China. (image: Yonhap)

Viewers initially reacted positively to the news due to the prospect of seeing top show host Yoo Jae-suk and Kang on the same program again. The two last worked together on the SBS variety show “X-Man” in 2007.

However, reports soon emerged that Song and Kim had not been informed of the decision in advance. Song’s management agency reportedly found out about the actress’s departure from media reports.

A day later, Kang reversed his decision to join the program, saying he doesn’t want to cause discomfort to the show’s fans. He made the announcement through his management agency without giving prior notice to SBS.

Hours later, the show’s producers issued a statement apologizing to the cast members and viewers.

“The producers of ‘Running Man’ have been working on overhauling the program with the aim of launching the second season at the end of January,” the statement read. “In the process, there were unexpected news reports about the overhaul, Kim Jong-kook and Song Ji-hyo before we were able to sufficiently talk with the ‘Running Man’ members.

“We have hurt Kim Jong-kook and Song Ji-hyo, who were like family to us over the past seven years, and for this, we deeply apologize.”

The controversy comes at a difficult time for the program, which despite mediocre ratings at home has generated an explosive response in China. The game show involves teams of celebrities competing to win a race through various fun missions.

The Chinese version of the show called “Hurry Up Brothers” was so popular that in the second quarter of this year, its broadcaster Zhejiang dethroned Hunan TV to become the most watched Chinese TV channel for entertainment programs.

In the same period, the show also posted an average viewership rating of 3 percent, which was the highest for all entertainment programs in China.

In July, however, the Korean cultural industry took a hit from a political dispute between Seoul and Beijing. After Seoul and Washington announced plans to deploy an advanced U.S. anti-missile system in South Korea, China openly protested the move with what appeared to be retaliatory measures, including a ban on all Korean cultural content in the country.

The cast members of “Running Man” had to cancel a fan meeting tour that had been scheduled from September through November in several cities in China.

The Chinese government also introduced new broadcasting regulations in July under which TV networks can only air one season of a reality-variety show per year.

Zhejiang’s plan to produce a fifth season of “Hurry Up Brothers” in the latter half of the year had to be put on the back burner until next year.

One thought on “‘Running Man’ in Quandary over Casting Controversy”