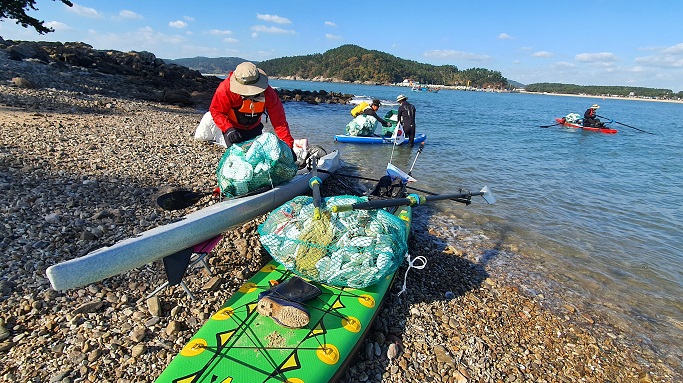 This year marked the second anniversary of the event, which is a plogging-based new concept marine and coastal cleaning activity combining the collection of marine wastes with eco-leisure activity.

Attending this year’s event were a group of officials from the provincial and municipal governments and about 30 members of the kayak club affiliated with the Taean Marine Culture Promotion Center. 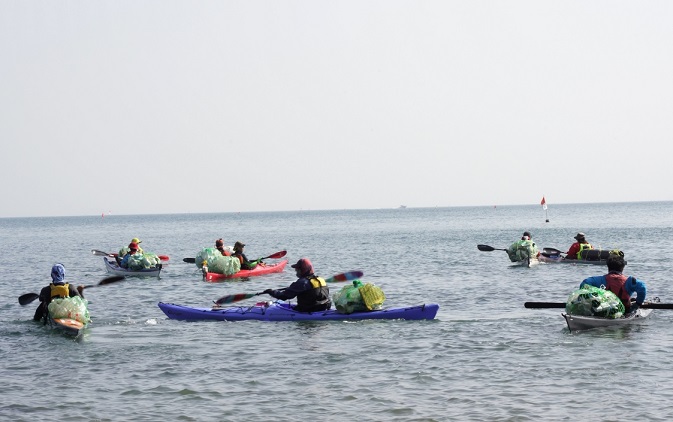 During this event, they collected waste in the sea and along the coast.

On Saturday, they collected waste plastics on and around islands, coastlines, seashore cliffs and marine caves using kayaks. On Sunday, they cleaned the coasts by collecting waste floating along the shore.